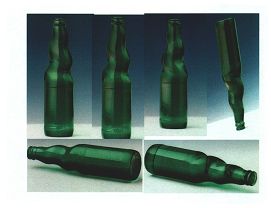 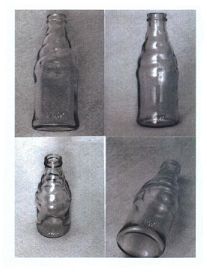 While there exists quite a substantive body of case law on the registrability of three dimensional trade marks, decisions on the scope of protection of such marks are still relatively rare. In a decision of 4 March 2010, the General Court ruled on the likelihood of confusion between two shapes of bottles, both registered essentially for beverages. The older trade mark is owned by Weldebräu GmbH & Co. KG (green bottle depicted). The younger application by the Czech company Kofola Holding a.s. is depicted on the right (white/transparent bottle).

Weldebräu opposed the application, and both the Opposition Division and the 4th Board of Appeal dismissed the opposition, holding that with regard to the average degree of distinctiveness of the earlier mark and the significant differences between the signs at issue, there was no likelihood of confusion within the meaning of Article 8(1)(b) of Regulation No 40/94, read in conjunction with Article 8(2)(a)(i) of Regulation No 40/94 (now Article 8(2)(a)(i) of Regulation No 207/2009), between the marks at issue on the part of the average consumer within the European Union.

The General Court concurred and dismissed the appeal. Concerning the similarity of the signs, the Court held:

In this connection, although it is true that the word element, ‘snipp’, of the trade mark applied for, engraved in the same colour as the glass, is difficult to see and, consequently, is not likely to have an effect on the overall impression produced by the trade mark, and although it is evident that the necks of the bottles of the signs at issue are both helically formed and, consequently, can be distinguished from traditional necks, the fact remains that the overall visual impression is of various significant differences between the signs at issue, as the Board of Appeal rightly concluded.

26      First, the earlier sign appears, from the perspective of average consumers who are reasonably well informed and reasonably observant and circumspect, to be longer, slimmer and therefore more delicate than the sign applied for, which has a smaller, thicker and more corpulent silhouette which gives a more bulky impression. In addition, in the case of the sign applied for the shape of the body of the bottle is irregular because of its curvy form, whereas that of the earlier sign is straight. Secondly, the necks, although both helical, have different spirals. Whereas the neck of the earlier sign is thinner and consists of only two helical turns, that of the sign applied for is wider and consists of at least four helical turns.

27      Consequently, the Board of Appeal did not err when it found, in paragraph 31 of the contested decision, that the fact that the neck of both bottles can be described as ‘helical-shaped’ is of very little relevance, as the shape of each neck is very different.

Regarding likelihood of confusion, the Court said:

Since the signs at issue have significant differences and the applicant has not demonstrated in what way the earlier mark is highly distinctive, the mere fact that the two bottles have a helically formed neck does not lead to the conclusion that there is a likelihood of confusion between the marks at issue, despite the fact that the goods at issue are identical.

33      That conclusion is not affected by the applicant’s argument that the tactile impression of the marks at issue plays an important role in the present case. As OHIM correctly points out, the selling arrangements for the bottles – namely their display as labelled goods in the food aisles of supermarkets or their being ordered in a bar or restaurant – mean that prior to purchase the consumer will concentrate mainly on the word and figurative elements on their labels, such as the trade mark’s name, logo and/or other figurative elements indicating the product’s origin.

Regarding the last remark I wonder whether it is correct to take into account the labels that might be affixed to a trade mark in opposition proceedings. Shouldn't the marks be compared as they are registered, irrespective of their actual use? The OHIM's Opposition Guidellines, Part 2(2)(c)(II)(1) state:

When assessing the similarity of signs, in principle the signs have to be compared in the form they enjoy protection. That means that the earlier registered mark and contested CTM applications only have to be assessed in their registered/applied for form. The actual or possible use of the registered marks in another form is irrelevant to the comparison of signs.

Now, this concerns the assessment of similarity, not likelihood of confusion. But isn't it a bit contradictory to take additional elements into account when making the global assessment?

Sharing on Social Media? Use the link below...
Perm-A-Link: https://www.marques.org/blogs/class46?XID=BHA1715