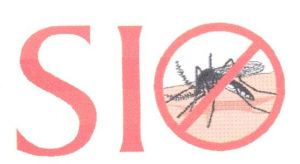 EMO-FARM Spółka z o.o., the owner of the "A sio !" R-173579 trade mark, filed the opposition to a final decision of the Polish Patent Office on the grant of a right of protection to SI R-184885 trade mark applied for by Przedsiębiorstwo Farmaceutyczne ZIOŁOLEK sp. z o.o. The dispute between these two companies concerned inter alia the issue of trade mark use.The Voivodeship Administrative Court (VAC) in a judgment of 9 October 2009, case act signature VI SA/Wa 1033/09 provided the interpretation of adequate provisions of the Polish Act of 30 June 2000 on Industrial Property Law – IPL.

The Court ruled that, under the conditions set in the IPL, the trade mark use occurs when it is real, which means that the sign is used for goods and it is used in business transactions in a manner that enables the creation and persistence of the association between the sign and the product, it is unambiguous, which means as the trade mark use, at least in its primary function, i.e., to distinguish goods of the entitled person on the basis of their origin and it is used according to specialization. These abovementioned conditions must be met together, irrespectively of the form of the trade mark use. Their sum is beyond the pale of article 154 of the IPL which contains only a list of examples of trade mark use:

Sharing on Social Media? Use the link below...
Perm-A-Link: https://www.marques.org/blogs/class46?XID=BHA1632