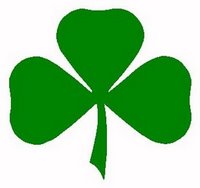 The Irish Patents Office has recently published this notice on Awards of Costs in Trade Mark Opposition Proceedings:

"Section 72 of the Trade Marks Act 1996 provides ... that the Controller "may, in any proceedings before him under this Act, order the payment to any party of such costs (if any) as the Controller may consider reasonable and direct how and by what party they are to be paid".

The general practice of the Office is to address the question of costs following the determination of opposition proceedings only if one or other party raises the matter and requests an award of costs in its favour. In that event, the party seeking the award of costs is required to state the grounds on which it relies and the other party is afforded an opportunity to make observations in reply before a decision is taken. The general rule is that costs follow the event and the amount of costs to be awarded is calculated by reference to an indicative scale specifying standard amounts for particular aspects of the proceedings, e.g. filing notice of opposition, preparing evidence, etc. Official fees, if any, incurred in the proceedings are also refunded as part of the award of costs.

An award of costs calculated by reference to the amounts specified in the indicative scale is not intended as compensation for the actual costs incurred by a party to proceedings before the Controller. Rather, such awards constitute a contribution only towards the actual costs incurred. The is in keeping with the policy objective that, in determining trade mark opposition proceedings, the Office should function as a low-cost tribunal. The potential cost to the losing party is thereby kept relatively low, facilitating actions by small and medium-sized enterprises and giving companies and individuals greater certainty in budgeting for the costs that they might incur in initiating or defending oppoition proceedings.

The use of an indicative scale is not, however, determinative of the amount of costs that may be awarded in a given case. The overriding requirement is that costs should be assessed in a judicial manner, having regard to the particular facts of the case in hand. The factors taken into account in making that assessment include the relevance of claims made in notices of opposition and whether such claims are subsequently substantiated or abandoned, the likely cost of preparing evidence (including research and retrieval of records, costs of surveys, hiring of investigators, etc.), the relevance of the evidence to the matters at issue between the parties and the timeliness of filing of the evidence. A global assessment is made in every case having regard to all of the relevant factors and it may be that, in particular cases, it will be appropriate to award costs "off the scale", either above or below the standard maximum or minimum amounts, as the case may be.

Sharing on Social Media? Use the link below...
Perm-A-Link: https://www.marques.org/blogs/class46?XID=BHA16