In a decision of 20 June 2008, the Polish Patent Office invalidated the right of protection for "Logos Travel Mark Śliwka” R-169277 trade mark owned by LOGOS TRAVEL MAREK ŚLIWKA SPÓŁKA JAWNA Magdalena Śliwka, Marek Śliwka. A request for invalidation of the right of protection was filed by Biuro Turystyki Związku Nauczycielstwa Polskiego LOGOSTOUR Sp. z o.o. from Warszawa - the holder of "LogosTour LT” R-74232 trade mark that was registered with priority from 15 July 1991. LOGOSTOUR company claimed that Mr Marek Śliwka cooperated with it since 1994 as a local representative and under a contract, which came into force on 1 January 1995 and the Agreement of 9 April 2002 he was allowed to use the "LogosTour LT” trade mark. The PPO found that "Logos Travel Mark Śliwka” was applied in bad faith. Mr Śliwka filed a complaint to the Voivodeiship Administrative Court in Warsaw arguing that there was no bad faith on his side and there is no likelihood of confusion with regard to disputed trade marks. 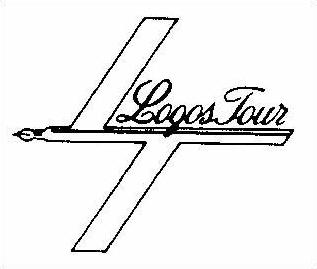 The VAC in a judgment of 23 June 2009, case act signature VI SA/Wa 274/09, ruled that the application for the right of protection for a trade mark is made in bad faith, despite the knowledge or ignorance, resulting from an absence of diligence, about the existence of another's right or interest that is worth of protection, which can be threatened, and with the intention of harming these interests. The overall assessment of the likelihood of confusion as it concerns the visual, aural or conceptual similarity of the marks in question must be based on the overall impression, taking account in particular, their distinctive and dominant components.

This judgment is not yet final. The parties may file a cassation complaint to the Supreme Administrative Court.

Sharing on Social Media? Use the link below...
Perm-A-Link: https://www.marques.org/blogs/class46?XID=BHA1578