In a recent Judgment, the CTM Court of Spain (seated – guess where- in Alicante) has partially awarded a trade mark infringement action based in the CTM no. 334,599 and 1,438,670 "TUPPERWARE" and has cancelled the respondent's Spanish registrations for “TUPPERSEX” (and device) in class 35. The cancelled trademark (well, one of them) consists in the following device (with excuses): 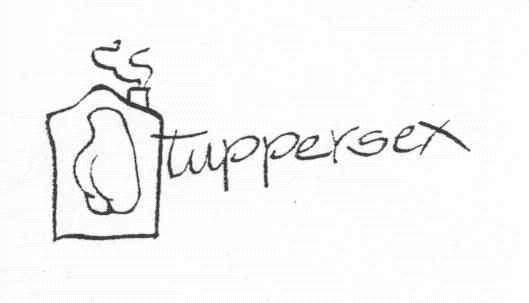 After dismissing the defences raised by the respondent on (i) the lack of use of the claimant’s rights (who succeeded in demonstrating that has 6,000 contractors in Spain that organised 90,000 sale meetings for the sale of "TUPPERWARE" branded products) and (ii) the vulgarisation of the term “TUPPERWARE” (the Court found that there was no “inactivity or passivity” on the claimant’s side when enforcing its trade mark rights), the Court found that the junior trade mark “TUPPERSEX” (and its derivatives) did enter in conflict with the “TUPPERWARE” priorities. The main trigger of such decision was the identity of the first syllable in the conflicting trade marks (which according to the Court becomes the most critical factor), plus the identity in the services covered by the said marks (class 35).

However, the Court did not grant damages in favour of the claimant. The Court found that there was not any evidence in the record that demonstrated that the respondent had acted in bad faith when applying for the cancelled trade marks. This has become a sine qua non requirement in Spain for trade mark infringement actions where respondent is covered by trade mark registrations.

Full text of this Judgment (that tackles quite a few other issues) can be read here (in Spanish).