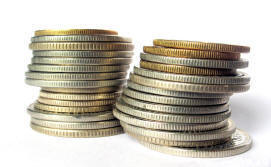 In a recently published judgment, the Court of Appeal of Thessaloniki confirmed the tough reality of damages claims in Greece. The plaintiff, based in Veroia, engaged in the fast food /restaurant business and owner of the registered trade mark "RP ABEE ALL DAY" sued the respondent, also restaurant owner, for trade mark infringement over use of the "ALL DAY" mark to designate his business. In addition to injunction, non-pecuniary damages were claimed (the text of the decision does not mention the amount claimed). The case reached the Court of Appeal of Thessaloniki, which, under judgment 869/2009, held that there indeed was a likelihood of confusion between the marks involved mainly on account that the ALL DAY indication was the prominent feature of the earlier mark (though peculiarly the court also held that it is the RP ABEE that is the source indicator of the services designated) and ordered an injunction. As far as damages are concerned, the court held that the plaintiff suffered moral damage and awarded 5,000 euros for non pecuniary damages. This Class46 member feels that it wouldn't hurt if the non pecuniary damages generally awarded by Greek courts could were higher, particularly since pecuniary damages are really difficult to obtain.
Posted by: Nikos Prentoulis @ 09.54
Tags: damages, Greece, moral damage, non pecuniary damages, trade mark infringement,
Perm-A-Link: https://www.marques.org/blogs/class46?XID=BHA1331