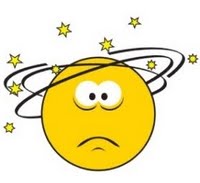 This Class 46 team member hopes that the complexity of the Polish law will not terrify Plena titula readers from wading through this post. Let's start ... from the beginning. By its decision of 20 January 1994, the Polish Patent Office registered the word trade mark JAZZ JAMBOREE R-75805 for services such as concert activities in class 41, with the priority date of 21 August 1991, for PSJ (the applicant).

In a letter dated 9 January 1995 and in a letter on February 2, 1995 Mr./Ms. BM (a debt collector/bailiff whose name is anonymized in the courts' judgments) asked the PPO to distrain PSJ's right to the JAZZ JAMBOREE R-75805 trade mark (in an order of February 1996 the District Court dismissed the complaint brought by PSJ against the decision on the distraint and dismissed the complaint brought by Fundacja Jazz Jamboree from Warszawa).

By an order of December 1997 the Polish Patent Office deleted the Konsorcjum J.I. s.c and entered J.J. Sp. z o.o. as the holder.

By an order of June 2000, the PPO again changed the registry entry for the holder, deleting the J.J. Sp. z o.o., and entering PSJ; it then deleted the PSJ and entered Fundacja Jazz Jamboree.

By an order of June 2003, the District Court ordered the sale of the right of protection for JAZZ JAMBOREE R-75805 trade mark.

By an order of February 2006, the bailiff of a District Court enforced a court judgment (the execution was ordered against sums due and property rights) in the name of "A.P." S.A. against PSJ and granted the right of protection for JAZZ JAMBOREE R-75805 to "AP" S.A. (it was unsold at the first and the second auction).

In its application of the May 2006, "A.P." S.A. asked the Polish Patent Office to disclose the acquisition of trade mark rights to JAZZ JAMBOREE R-75805 in the Trade Mark registry. The application had attached the District Court's order of June 2003, ordering the sale of the right of protection, and the bailiff's order of February 2006 to grant to the unsold property rights to "A.P." S.A.

Article 229
1. In matters in which entries in a register are conditional upon submission of a request, the entry shall be made by virtue of a decision.
(...)
2. When examining the request referred to in paragraph (1), the Patent Office shall investigate whether the submitted documents, supposed to provide grounds for taking a decision on entry in a register, are in accordance with this Law and satisfy the effective provisions as to form.

made changes in the Trade Marks register (in the "A" field - a holder), deleted Fundacja Jazz Jamboree as the holder and entered "A.P." S.A. in this field.

In a decision of September 2007 the Polish Patent Office upheld the contested decision. The PPO indicated that the decision of July 2006 was issued pursuant to the bailiff's order of February 2006. In accordance with the provisions of the Act of 17 November 1964, the Code of Civil Procedure - CCP - (in Polish: ustawa z dnia 17 listopada 1964 r. Kodeks postepowania cywilnego) published in Dziennik Ustaw (Journal of Laws) No 43, pos. 296 with later amendments, the acquisition of rights regulated under the chapter on rules for the execution has the nature of original acquisition of rights. Accordingly the new owner acquires the right, without any encumbrances and burdens.
The Polish Patent Office does not investigate who was the owner of a trade mark right and in what period of time. Since the entry in the Trade Mark register has a declaratory nature, and thus corresponds to the right that was granted to "A.P." S.A.
The PPO deals with the entering these facts on the register and is not a body of enforcement, much less the authority competent to decide on the merits or the effectiveness of the seizure by the bailiff or on the grant of rights to another company. The PPO also noted that Fundacja Jazz Jamboree had a chance to file anti-executory proceedings complaint, as provided in the article 841 of the CCP.

Fundacja Jazz Jamboree filed a complaint to the District Administrative Court in Warsaw but it was rejected by the DAC in a judgment of 10 March 2008, case act signature VI SA/Wa 2027/07.

The cassation complaint brought by Fundacja Jazz Jamboree before the Supreme Administrative Court was also rejected in its judgment of 21 May 2009, case act signature II GSK 961/08. The SAC ruled that the Polish Patent Office within the confines of the registration proceedings regulated in article 229(2) of the IPL does not investigate the substantive basis for drawing up documents that are the basis for the entry into the registry. The Patent Office does not conduct any hearing of evidence with regard to circumstances underlying the issuance of documents that serve as a basis for an entry to a register and it has no control over the regularity of the proceedings leading to the issuance of documents that are a basis for an entry to a register.

Sharing on Social Media? Use the link below...
Perm-A-Link: https://www.marques.org/blogs/class46?XID=BHA1268