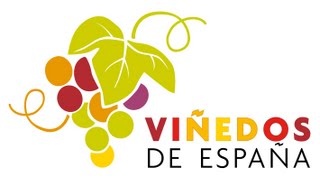 On July 29, 2009 the Spanish Government approved the GI “Viñedos de España” (translated “Spanish Vineyards”) for designating wines that are produced in certain Spanish regions with certain types of vineyard. This is the second attempt to have this generic GI registered – the first one was unsuccessful as the regional Government of Castilla y León successfully challenged the Governmental order approving on the grounds of lack of due process during the administrative approval procedure.

Curiously enough, the geographical scope set forth for the brand new GI “Spanish Vineyards” expressly excludes two of the most reputed Spanish regions in the field of wines: La Rioja and Castilla y León. This hasn’t been by chance.
According to the newspaper El Mundo, producers of these regions have expressly asked not to be included in the generic GI “Spanish Vineyards”. Such producers might prefer to keep on branding their local wines under their specific and already well-established local GIs (i.e. “Toro”, “Arlanza”, “Bierzo” or “Ribera de Duero” for the region of Castilla y León and “Rioja” for the region of La Rioja).
There is an economic reason for this exclusion: despite being worth of praise, certain wine to be sold under the generic GI “Spanish Vineyards” could not meet the very stringent quality requirements of their local GIs from La Rioja and Castilla y León. This could potentially tarnish the goodwill associated with these local GIs.

Sharing on Social Media? Use the link below...
Perm-A-Link: https://www.marques.org/blogs/class46?XID=BHA1260