Contrary to popular belief, not all domain name complaints succeed before WIPO’s administrative panel. In case D2009-518 France Printemps v Mr Chris Carter, the sole panelist rejected a complaint regarding the domain name “printemp.com”. Before reading the decision Class46 readers, being the multi-linguist bunch that they are, will probably think that the rather obvious relationship between printemp and printemps (that is spring in French) would probably constitute the reason why the complaint was rejected as a generic term. Well, things are a bit more complex.

The Complainant, France Printemps of Paris, France, is a French company which operates a chain of department stores across France and Europe. It began operating it operations under the name “Le Printemps” or “Printemps” over 130 years ago and currently operates at least 21 stores in France alone under the name “Printemps”. The Complainant also owns a French trade mark registration No. 93469236 dated April 22, 1993 and a Community trade mark registration No. 001754282 dated July 13, 2000 for the trade mark PRINTEMPS. Additionally, the Complainant aowns and operates a website with the domain name "printemps.com", which was registered on April 22, 1997. The Respondent, Chris Carter, U.S. resident registered the disputed domain name on August 31, 2008. At the time the Complaint was filed, the disputed domain name reverted to a website that provided links to websites of various businesses and topics. Evidently, at issue in the present case, was not the similarity of the domain names involved, but whether the disputed domain name was registered and used in bad faith.

Mr Carter thoughtfully asserted – in an informal response to the complaint – that the word “printemp” is a generic word meaning “spring” in French. He also stated he was unaware of the Complainant and the Complainant’s business and domain name and then holding that domain name until he/she is ready to develop a website or offer it for re-sale, is recognized as a legitimate business use.

The Panel found as follows:

In order to establish bad faith, when the Respondent denies knowledge of a mark, the Panel needs to be provided with evidence that puts in doubt the credibility of such a denial. In this matter, the Complainant failed to establish, through probative evidence, that PRINTEMPS is such a famous trade mark that it would inevitably have been known to the Respondent. In its Complaint, in the section related to bad faith, the Complainant recites the grounds in the Policy but fails to support those grounds with tangible evidence.

The fact that the Respondent’s website was viewed in French by the Complainant’s counsel is not compelling evidence against the Respondent in the present case, as the language of the website is apparently adjusted according to the location of the user. For example, when the Panel accesses the website from Canada, its language is English. In any event, there is no specific content on the website which indicates an awareness of, or intent to target the Complainant’s name or business.

The only factual evidence filed by the Complainant relates to the history of the department stores, operating under the trade name and trademarks PRINTEMPS and LE PRINTEMPS. That history is set out in one paragraph which is notable for what it fails to disclose. For example, there is no evidence of: (i) the extent or value of annual sales in France or elsewhere, (ii) the number of customers, (iii) the percentage or number of those customers who come from foreign countries (such as the U.S.), (iv) the extent and value of annual advertising or promotions, (v) whether any such advertising reaches the U.S. market, (vi) whether the Complainant’s website attracts visitors from the U.S. or (vii) the results of Internet searches for PRINTEMPS. In short, it seems that there were many ways in which the Complainant could conceivably have proven that the PRINTEMPS mark was so well-known that the Respondent must have been aware of it, but the Complaint has not provided that evidence in this proceeding. [Though it does seem a bit odd that someone who knows what printemps means and registers printemp.com, would be unaware of printemps.com, the panel’s objections seem legitimate. What is strange, is the next bit:]

The Panel wishes to make it clear that he does not necessarily exclude the possibility that the Respondent may have been aware of the Complainant’s PRINTEMPS mark, noting in particular that the wide recognition of the Complainant’s department stores and long-standing use of the mark at issue has been acknowledged in at least one prior WIPO decision, being France Printemps v Reinhard Herrmann,

WIPO Case No. D2007-0971. The Panel is also somewhat sceptical of this American-domiciled Respondent’s claims in relation to the generic meaning of a domain name which constitutes a rather obvious misspelling of the French term “printemps”. On the other hand must be weighed the fact that the current use of the website at the disputed domain name does not appear to be clearly abusive (for example the website does not prominently include links to direct competitors of the Complainant), and the evidence of claimed fame presented by the Complainant in its Complaint in these proceedings is very limited. The Respondent has not defaulted, and has rather sought to vigorously contest the allegations made in the present Complaint. Ultimately, it is incumbent on a Complainant in a UDRP proceeding, where there is typically only one round of pleadings, to make its case at first instance. This is particularly important when, as in the present case, it turns out that there are critical facts in dispute. The parties are of course free to pursue the matter through the courts should they so choose where the opportunity for cross-examination and production of additional evidence may result in a different outcome. 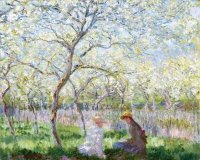 This Class46er thinks that the above should lead to a finding of violation of France Printemps' industrial property rights in and to “printemps” rather than the other way around, particularly in the presence of a “precedent”. He is also a bit skeptical to a reasoning along the above lines, but spring is anyway a lovely time of the year, particularly wiht the help of

Sharing on Social Media? Use the link below...
Perm-A-Link: https://www.marques.org/blogs/class46?XID=BHA1162