On 3 June 2021, the Court of Justice of the EU (CJEU) rendered its decision in joined cases C-818/18P and C-6/19 P on two appeals brought by The Yokohama Rubber Co Ltd and the EUIPO in the case of a cancellation proceeding against a trade mark of Pirelli Tyre SpA. Martin Viefhues, member of the MARQUES Amicus Curiae Team, explains the case. 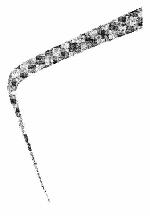 The EUTM was contested by Yokohama to the extent that it covers “tyres, solid, semi-pneumatic and pneumatic tyres for vehicle wheels of all kinds“ and the EUIPO decided that it is invalid for these goods for representing exclusively a shape which is necessary to obtain a technical result so that it is barred from registration according to Article 7(1)(e)(ii) CTMR (independent from a possible acquired distinctiveness). 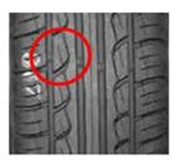 The EUIPO had held that the contested mark represents a groove shape which forms an integral part of a tyre’s tread (see illustration, right) and therefore part of the goods covered by the contested mark, namely “tyres”, and that the groove is dictated by technical necessity, namely an assisting function in water expulsion and traction increase.

The General Court decided in Pirelli’s favour. It stated that:

EUIPO and Yokohama appealed the decision.

Concerns of Pirelli and MARQUES

Pirelli had asked MARQUES to intervene in the case. MARQUES was willing to do so as, in our view, the provision should be applied rather carefully as it is an exception from the general rule that shapes can be registered as trade marks, and as a refusal according to Article 7(1)(e)(ii) CTMR cannot be overcome by acquired distinctiveness.

Another as yet unraised key question seemed to be the question why the mark, which is a figurative mark and not a 3D mark, is equated to the groove on the tyre tread at all. This use of the sign is not suggested by the trade mark registration – and it is the registration, not the use, that is subject to examination. Instead, the registered device could also be used as a logo, as is known from comparable devices, such as the NIKE swoosh.

MARQUES had therefore intended to formally intervene on Pirelli’s part. As MARQUES had been involved only after the written prcoeedings had been concluded, it intended to raise its arguments in the oral hearing once it had been formally granted leave to intervene in the proceedings.

While the CJEU granted leave to intervene in favour of MARQUES, it later decided not to have an oral hearing so MARQUES did get an opportunity to raise its arguments.

In the end, the CJEU decided in favour of Pirelli, so that the concerns of MARQUES were not realised.

Yokohama’s appeal was partly rejected for formal reasons: Yokohama had tried to obtain another assessment of the evidence even though an appeal to the CJEU is limited to points of law, and a pretended contradiction in the grounds of the contested judgment could be sorted out by reading the judgment as a whole.

On the essence of the case, Yokohama had argued that the Board of Appeal of the EUIPO was allowed to analyse the characteristics of the shape by taking into account additional information not apparent from the graphic representation. However, the CJEU confirmed the General Court‘s position that the Board had departed from the shape represented by the mark at issue and had modified it by adding to it all the elements which appeared on a tyre tread, in order to find that the mark represented the shape of a tyre. The elements which the BoA was entitled to take into account did not allow it to qualify the mark at issue as a representation of a tyre tread.

The EUIPO had argued that the absolute ground for refusal of registration provided for in Article 7(1)(e)(ii) may extend to the registration of signs consisting of the shape of part of a product that is necessary to obtain a technical result, that being the case, in particular, where that shape represents, quantitatively and qualitatively, a significant part of that product. However, the CJEU pointed out that the General Court had considered the mark not to represent even a significant part of a tyre, and that this finding could not be questioned in the appeal proceeding.

With regard to the technical effect of the groove, the EUIPO had argued that the absolute ground for refusal can apply also to a sign the shape of which is necessary to obtain a technical result which contributes to the functioning of a product, even if that shape is not sufficient, in itself, to obtain the intended technical result of that product. However, the CJEU backed the General Court finding that the groove does not produce the technical effect addressed in the Board’s decision.

Finally, the CJEU pointed out that the registration of the contested mark does not prevent Pirelli’s competitors from making and marketing tyres which incorporate an identical or similar shape when such a shape is combined with other elements of a tyre tread and creates a shape that is different from each of the elements taken individually.

Sharing on Social Media? Use the link below...
Perm-A-Link: https://www.marques.org/blogs/class46?XID=BHA5008