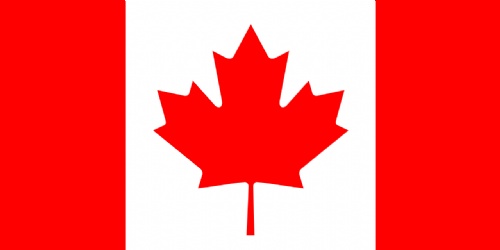 Now that the Madrid Protocol has been in force in Canada for close to 18 months, the Canadian Intellectual Property Office (CIPO) has started substantive examination of international applications designating Canada (Protocol Applications). Brand owners may find that this process can present unique challenges in Canada, as Shannon Young and Sanjukta Tole explain.

All Protocol Applications owned by non-Canadian applicants require a registered local agent to be appointed in order to receive all correspondence from CIPO regarding an application. If a WIPO representative was identified in the Protocol Application but does not appear on the list of Canadian trademark agents or is not domiciled in Canada, CIPO will issue a courtesy letter advising that further correspondence regarding the Protocol application will only be sent directly to the applicant or an appointed Canadian agent.

If no local agent is appointed, material notifications (such as office actions, default notices, notices of approval for advertisement and notices of refusal setting out the time an appeal deadline) will not be received by the representative before WIPO.

Appointing a local agent can ensure that all documents issued by CIPO in respect of a Protocol Application will be received and managed, particularly in view of the fact that CIPO engages in substantive examination.

Descriptions of goods and services in Protocol Applications must be defined using “ordinary commercial terms”. The degree of specificity required in Canada is high and brand owners typically find that descriptions which have been accepted in other jurisdictions require further description in Canada.

Along with the Madrid Protocol, Canada also adopted the Nice Classification system on 17 June 17 2019. While the categories of goods and services are harmonised across all member countries, Canada’s unique requirements for specificity in describing goods and services in Protocol Applications can result in issues with classification.

CIPO offers some guidance for descriptions via a searchable online manual containing a non-exhaustive list of acceptable terms, although this is regularly reviewed and updated. Reliance on the manual along with other strategies can help strike a balance between obtaining a wide scope of protection while meeting requirements for specificity.

When examining a Protocol Application, CIPO will issue objections based on any valid third party trade mark registration or active prior pending applications that may likely be seen as confusing.

CIPO’s interest is in preventing confusion among the public rather than protecting pre-existing rights of brand owners. Consequently, some of the usual means of overcoming such objections, such as consents, may not always be available. Pre-filing availability searches for Canada can be a valuable tool in these circumstances to pre-emptively avoid such objections.

Such an objection can be overcome by successfully arguing that the mark possesses at least some inherent distinctiveness. Alternatively, a brand owner may submit affidavit evidence establishing that its mark has acquired distinctiveness throughout Canada at the date of filing of the Protocol Application – often a time-consuming and expensive exercise due to the high burden of proof on the brand owner. However, obtaining pre-filing advice to thwart the possibility of such an objection being raised may be the most practical and cost-effective tool available to a brand owner.

While the examination process that Protocol Applications are subject to can create some unique challenges, Canada has come a long way in harmonising most of its practices with members of the Protocol around the world. Additionally, with local guidance, there a number of strategies that brand owners could deploy prior to filing or during examination that may pave the way for an easier registration process.

Sharing on Social Media? Use the link below...
Perm-A-Link: https://www.marques.org/blogs/class46?XID=BHA4927