This, the second part of Tove Graulund’s post on what makes the ideal trademark registration system, focuses on opposition procedures. To read the first part of this article, on the application process, click here. 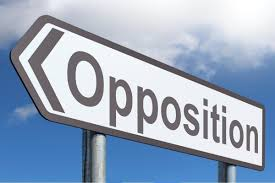 When the application has been examined and the trade mark accepted for registration, the application is published for opposition purposes. Opposition should be administrative, i.e. run at the IP Office. There should be a two-month deadline for filing oppositions, and it should be possible to file an opposition and ask for another two months to gather evidence.

If there is an opposition, the applicant should be notified and given a two-month deadline to respond. The opposer should have the opportunity to file further arguments, and the applicant should be able to respond and have the final say, which would make it the opposition +3, all with a two-month term with possibilities for extensions. The Examiner would take a decision after the exchange, and both parties should have the opportunity to file an administrative appeal. If the opposition is refused, the application will proceed to registration.

Thus, the opposition should be post-examination and pre-registration.

When to have the opposition period?

Some Offices, notably in Latin America, publish an application before examination and will look at absolute grounds, relative grounds and oppositions in one go. I do not think that this is the best way to do things. The Examiner should do their job, and after that third parties should have their say.

It would be too much if third parties felt obliged to have to file opposition against applications for descriptive terms and other applications that would have been refused in the first examination. Some may say that it speeds up the examination time, but I believe that a trademark should not be registered quicker than six months. 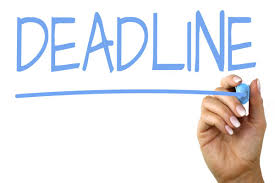 About speed, unfortunately, there is a misunderstanding in some countries. Some countries such as Mexico have an opposition deadline of one month with no access to extension and where all arguments and evidence need to be put forward in the first and only writ. One month is too short, and I believe that brand owners would rather have more time and have quality than to have to rush through. I believe that this is true both as an applicant and an opposer.

I mention that the applicant must be notified of the opposition which to most will be obvious. However, some countries publish the opposition in the Official Journal without sending a message to the applicant who risks missing the deadline to respond which is clearly unsatisfactory. Undue speed is a curse, not a blessing.

As I said, speed is not a blessing. If brand owners had to make a choice between legal certainty and predictability versus efficiency, I am sure that they would choose the former.

The last point that I want to come back to is the six months registration time as a minimum which means a four-month examination time plus two-month opposition deadline. If you file your application with priority, you want to be able to file an opposition on time, and you do not want to have to file a cancellation action or risk having to go to Court to defend your prior right. I know that it may sound absurd, but a trade mark should not be registered before six months plus a couple of days.

I know that we will continue to discuss what the best procedure is for years to come, and that a full harmonisation across the globe is far away. Everyone could just listen to me and it would be so much easier... On the other hand, I could be wrong, and I would love for us to have a debate!

By Tove Graulund of Graulund Consulting. Tove is a member of the International Trade Mark Law and Practice Team and a former Chair of MARQUES. Please post your comments and observations on these posts using the “Comment” button below.

Sharing on Social Media? Use the link below...
Perm-A-Link: https://www.marques.org/blogs/class46?XID=BHA4879