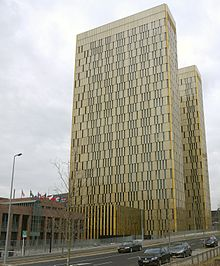 Petra Goldenbaum of the European Trade Mark Law and Practice Team provides a report on recent developments at the CJEU.

In the context of the reform of the structure of the courts of the European Union, the following two changes can be reported:

Specialised chambers at the General Court

The gradual increase in the number of judges at the General Court over the past few years now has been completed and its last step also included the introduction of specialised chambers which applies since 26 September 2019.

A total of 53 judges make up a total of 10 chambers of five or six judges each, with the following distribution of cases:

MARQUES has always supported the creation of an appropriate number of specialised chambers dealing with IP matters, so this announcement is good news, in particular in view of the following change which already became effective as of 1 May 2019:

The Court of Justice has adopted new rules on whether or not to allow appeals to proceed.

Since 1 May 2019, when an appeal in IP matters is lodged with the Court of Justice, in addition to the statement of the grounds of appeal, any appeal must be accompanied by a request that the appeal be allowed to proceed. In this request – which must not exceed seven pages – it has to be set out, clearly, the issue raised by the appeal that is significant with respect to the unity, consistency or development of EU law.

If there is no such request, the appeal itself will be declared inadmissible.

If the request complies with the formal requirements prescribed, the Court of Justice, by a Chamber specially established for that purpose, will rule whether or not the appeal is to be allowed to proceed.

That means that there now is an additional filter: there will not be any automatic appeal proceedings, but the appeal has to be authorised.

Sharing on Social Media? Use the link below...
Perm-A-Link: https://www.marques.org/blogs/class46?XID=BHA4793