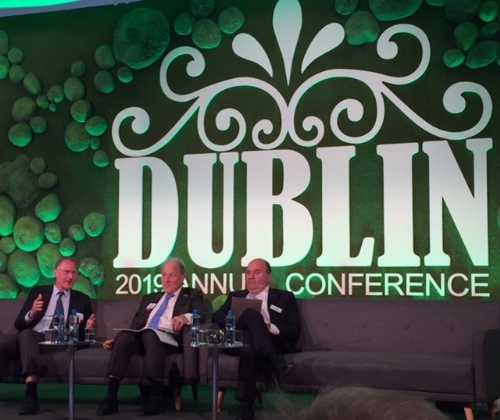 Two distinguished trade mark practitioners, Alexander von Mühlendahl of Bardehle Pagenberg and Charles Gielen of NautaDutilh, discussed the top 15 trade mark and design cases from the CJEU in the past year during the final part of the Annual Conference, with a bonus copyright case thrown in. The following cases were analysed (links are to the judgments on the CJEU website; note that some are not available in English):

Textilis concerned whether the figurative sign consisted exclusively of the shape of the goods. The Court said the new rule applying to characteristics other than shape cannot be applied retroactively. “It means the question of what the new rules means is still open, and I’m very much in doubt about what it means,” said Charles.

Hartwall was a case about an application for a blue colour in Finland. Questions had arisen over whether the mark should be treated as a colour or figurative mark, and how that affected the assessment of distinctiveness.

The Red Bull blue/silver case was one where MARQUES intervened. The CJEU upheld the General Court’s ruling. “Applicants are advised to file the colour combination itself without a description in cases such as this,” said Alexander.

Birkenstock involved an application for a pattern, which had been held to be non-distinctive. The CJEU confirmed that a repeating fashion pattern would inherently probably be seen as a surface pattern, unless the applicant could show otherwise

#darferdas involved the reverse situation: what does the office have to prove to refuse a trade mark when the applicant argues it will be perceived as a trade mark?

Adidas was a decision of the EU General Court and another case in which MARQUES intervened. It concerned the three-stripe mark, which was held to be not inherently distinctive despite about 12,000 pages of evidence and market surveys in five member states. “If a mark is very simple, even minor alterations may constitute significant changes,” said Charles.

Roslagsöl was a case from Sweden concerning the application of disclaimers. The Court said disclaimers should be disregarded in assessing likelihood of confusion. “It’s a case book example of examining weak elements in a composite trade mark and is well worth reading,” said Alexander.

Infringement was also addressed in OKO-Test, a case from Germany where the mark was being used on toothpaste, and there was no infringement. The answer for the trade mark owner, said Charles, would be to register as a certification mark or try to enforce under Article 9(1)(c).

BMB/Ferrero was a design case concerning an earlier trade mark right. The CJEU upheld a finding of likelihood of confusion. “This was the first case regarding a conflict between two 3D marks/designs, and it was enforced without any doubt. It’s very interesting,” said Alexander.

Jurisdiction was the issue in AMS Neve, referred from the UK and concerning a website based in Spain. The answer is what the profession hoped for and expected, said Alexander, namely that you can sue in the jurisdiction where goods are offered for sale: “It’s a very welcome addition to our instruments in forum-shopping.”

Neymar was a bad faith case involving a registration of the name of the famous footballer. The General Court had no trouble finding bad faith. Bad faith has also very recently been addressed by the CJEU in the KOTON case.

Genuine use was the issue in Pandalis (Cystus) where the CJEU rejected an appeal against the decision of the General Court.

Klement also concerned genuine use, in a case where there were minor variations in the way the mark was used. There is genuine use of a 3D mark even if a name is added to the mark – a simple answer but one that took many years of litigation. 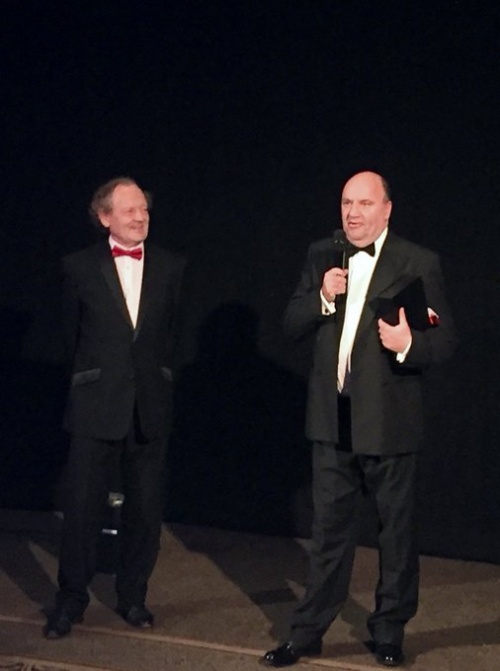 Boswelan concerned use in clinical tests of a mark registered for goods in class 5. The question was: do clinical tests amount to genuine use. Surprisingly, said Alexander, the mark was revoked and the decision has been upheld at all levels, with the CJEU saying clinical tests are equivalent to internal use.

Finally, Alexander discussed Cofemel which is almost a trade mark case: it involved copyright protection for G-Star clothing and the threshold for creativity that should be applied. The CJEU said there is a single standard for creativity, which is the personal expression of the author.

The panel was moderated by Shane Smyth of FRKelly in Ireland, who the previous night had been presented with the MARQUES David Goldring Volunteer Award.

Sharing on Social Media? Use the link below...
Perm-A-Link: https://www.marques.org/blogs/class46?XID=BHA4787