In Case T-61/16 Coca-Cola v EUIPO and Mitico, the General Court ("GC") had a second opportunity to make its opinion on the "Master" mark heard. The first time around, the GC was not impressed by the EUIPO's reasoning. In this regard, nothing has changed. But the GC's present judgment raises new questions concerning behavioural economics and the principle of territoriality.

In 2010, Modern Industrial & Trading Investment Co. Ltd ("Mitico") sought to register the below figurative sign ("Contested Mark") for various goods in Classes 29, 30 and 32, such as "non-alcoholic aerated waters of all kinds and flavours, particularly with cola taste" and "baking-powder; salt; mustard": 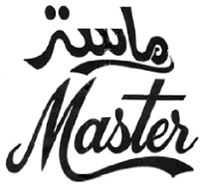 The Coca-Cola Company ("Coca-Cola") opposed the application on the basis of five earlier marks depicted below covering, as one would expect, "mineral and aerated waters and other non-alcoholic drinks" as well as other products in Classes 30, 32, 33 and 43:

Coca-Cola argued, among other things, that use of the Contested Mark would take unfair advantage of the earlier marks within the meaning of Article 8(5) EUTM Regulation ("EUTMR"). According to that provision, as our readers will know, the mark applied for shall not be registered where it is at least similar to an earlier reputed mark, irrespective of whether the goods/services are similar, provided that the use without due cause of the mark applied for would take unfair advantage of the distinctive character or the repute of the earlier trade mark. In support of its claim, Coca-Cola submitted evidence, such as the below screenshots of Mitico’s website (www.mastercola.com), allegedly showing commercial use of the Contested Mark:

Nonetheless, the Opposition Division rejected the opposition, and the Board of Appeal ("BoA") dismissed Coca-Cola's appeal. The BoA found the signs to be dissimilar, preventing any unfair advantage to be taken. Further, it disregarded the screenshots on the ground that only the mark applied for ought to be taken into consideration.

Upon Coca-Cola's first action before the GC (see Case T-480/12, reported here), the BoA's decision was annulled. The GC found that the earlier EUTMs and the Contested Mark were sufficiently similar for the relevant public to establish a link between them for the purpose of Article 8(5) EUTMR. The marks were allegedly similar as regards the shared use of Spenserian script and the 'tail' flowing from their first letters. Moreover, the GC held that the BoA erred in disregarding the presented screenshots. In the Court's view, account had to be taken of any evidence intended to facilitate an analysis of the probabilities as regards the intentions of the trade mark applicant.

In 2015, back in Alicante, the BoA dismissed Coca-Cola's appeal again. The reputation of the earlier EUTMs for 'non-alcoholic drinks' was not disputed, but the BoA saw no serious risk that use of the Contested Mark would take unfair advantage of that reputation. The examination of the evidence did neither show that Mitico had used the presentation displayed on its website in the EU, nor that Mitico intended to promote its goods here in the same way as it did in Syria and the Middle East. In addition, the BoA found that Coca-Cola had failed to show what its earlier marks stood for (i.e., a specific image).

Judgment of the GC

Now, the GC has also annulled the second decision of the BoA. In the GC's view, the BoA was wrong to reject the evidence of commercial use (i.e., the screenshots). In essence, the GC gave the following reasons:

The GC was not swayed by the counter-argument that the presentational features which were used outside the EU but were not part of the mark applied for might not be used in the EU (i.e., the red label on which the term ‘Master Cola’ was written in white, the characteristic shape of the container and the red cap). Although the "possible use of such presentational features in the Union is likely to reinforce the logical inference that there is a risk of free-riding, it does not constitute the necessary condition for such an inference", said the GC.

By way of obiter dictum, the GC also ruled on the BoA's assessment that Coca-Cola had not shown the specific image that could be transferred to the mark applied for. The GC recalled that Coca-Cola had "quoted excerpts from a book and a study by independent body Superbrands", according to which "the brand values of Coca-Cola have stood the test of time and aim to convey optimism, togetherness and authenticity[;] Coca-Cola is not political but aims to bring people together with an inspiring promise of better time and opportunities[;] those values make Coca-Cola as relevant and appealing today as yesterday and underpin the loyalty, affection and love that generations have experienced for the brand[;] the reputation of The Coca-Cola Company for strong marketing ensures that that connection remains as powerful as ever". In view of these statements, reasoned the GC, the BoA was wrong to find that the evidence submitted by Coca-Cola did not make it possible "to establish clearly what Coca-Cola stood for".

Finally, the GC pointed to the "non-decisive nature" of the BoA finding that none of the goods in Classes 29 and 30 are refreshments for which the earlier marks are well-known. In this context, the GC considered it necessary to reiterate that the Superbrands study submitted by Coca-Cola indicated that "since Coca-Cola remains at the peak of world brand recognition, the company is able to use its relationship to consumers in order to have an impact beyond the non-alcoholic beverage market".

Coca-Cola's case has a lot going for it. Within the food and drink industry, lookalike products are a real concern. The packaging of this type of products is designed in an attempt to come as close as possible to the get-up of the products sold under established brands without causing infringement. Some might argue that such products legitimately inform consumers of the fact that they serve similar purposes as the branded original products but at a lower price. However, others will recall instances where they rushed through a supermarket and ended up (consciously or not) buying a product / brand that they had initially not set out to buy.

The reason behind this effect can to some extent be explained by current research in behavioural economics. Within this field, it is largely accepted that consumers (and humans more generally) dispose of two modes of thinking, which are often referred to as System 1 and System 2. As Daniel Kahneman explains in his book "Thinking, Fast and Slow", System 1 is concerned with effortless and automatic cognitive processes (e.g., reading words on large billboards, driving a car on an empty road), while System 2 is responsible for deliberate and effortful mental activities (e.g., filling out a tax form, computing the product of 17 x 24). Most of what we would typically refer to as "thinking" is done by System 2, but the (unconscious) intuitive operations of System 1 are at the heart of many choices we make in everyday life. Doing grocery shopping after work (while 'thinking' of the itinerary for the next day), may be much less of a deliberate process than you would expect.

Having said that, if there is one thing that this Blogger learned during his studies under Paul Dolan, Professor of Behavioural Science at the LSE, it is that, when trying to understand human behaviour, "context matters". While a specific colour or a particular fond may prime people towards a specific behaviour in one context, it does not necessarily follow that the same result would be achieved in a different scenario. What does that mean for the "Master" mark? The products presented in the above screenshots may very well call Coca-Cola instantly to mind and benefit from the repute of that brand. But the question is whether this would also be the case if the trade mark "Master" were used for the other goods applied for, say, on a yellow label "Master Mustard", on a green packaging for "Master Salt", or an orange "Master Baking-Powder". This is not to say that an image transfer is not possible in such cases. However, it does seem questionable whether an abstract statement by Superbrands on Coca-Cola's impact beyond the non-alcoholic beverage market can serve as evidence.

Of course, this last point ties back to the assessment of the screenshots and, ultimately, to the principle of territoriality. It is not entirely clear what the GC meant by stating that the possible use of the presentational features (e.g., the colour red) in the EU does not constitute the necessary condition for inferring that the mark applied for would take unfair advantage. From reading the judgment one gets the impression that these presentational features on Mitico's website were precisely the decisive element of the case.

In this Blogger's view, there are important exceptions to the general principle according to which the EUIPO should focus its assessment on the marks and the goods applied for / registered. For instance, where the possible technical function of a 3D mark has to be examined for the purposes of Article 7(1)(e) EUTMR, it is indeed necessary to rely not only on the representation of the mark itself but on other sources, such as patents rights associated with the products in question (see, for instance, Case C-48/09 P Lego Juris). One might even go so far as to say that in such cases, it is not of particular relevance whether the patent protection existed within the EU or beyond. If the shape of the product was necessary to achieve a technical result outside the EU, there are good reasons to assume that the same is true in the EU.

However, there are doubts whether the same logic applies in the present case. Even assuming that the actual use of the mark applied for has to be considered for an opposition invoking Article 8(5) EUTMR, it does seem problematic to rely on the commercial behaviour of a trade mark applicant outside the EU in order to make assumptions about its intentions within the EU. Due to the applicability of different laws and the territorial scope of the intellectual property rights, companies will often not market their products in the same way throughout the world. While marketing a product in a specific colour shade may be perfectly fine in one state, a competitor may own an abstract colour mark for that particular shade in another country. Simply assuming that a company will not pay attention to such national differences appears to be an oversimplification. While the Court of Justice of the European Union accepted that a serious risk of free-riding may be established on the basis of logical deductions, it has also made clear that such deductions must not be the result of mere suppositions (see Case C-383/12 P Environmental Manufacturing, para. 42-43).

Sharing on Social Media? Use the link below...
Perm-A-Link: https://www.marques.org/blogs/class46?XID=BHA4582