In Case T-517/15, the General Court decided on the registrability of the word mark "Limbic® Sales".

The applicant had applied to register the sign as a European Union Trade Mark (EUTM) for goods and services including "printed matter", "business consultancy" and "providing of training and training courses on the subjects of brand development" in Classes 16, 35 and 41. Both the Examination Division and the Board of Appeal rejected the application, finding that the mark consisted exclusively of indications which may serve, in trade, to designate characteristics of the goods and services in question, contrary to Article 7(1)(c) of the European Union Trade Mark Regulation (EUTMR).

The Board of Appeal summarised that the mark consisted of three elements: (1) the word 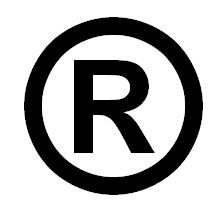 "limbic" referring to the limbic system, a region of the brain that is, among other things, responsible for automatic and emotional responses to external stimuli, (2) the symbol "®" indicating a registered trade mark and (3) the word "sales". According to the Board, the expression "limbic sales" would be understood by the relevant public, which included managers, to indicate that the products in question had a connection with the limbic system. More specifically, the Board reasoned that the goods and services could provide information on how to influence consumer behaviour via the limbic system in order to improve advertising and sales strategies.

The General Court disagreed and set the Board's decision aside. In the Court's view, there was no evidence that the relevant public would immediately and without further reflection establish a direct link between the sign "Limbic® Sales" and the goods and services applied for. Referring to Case T-208/10 TRUEWHITE, the Court held that "Limbic® Sales" created an impression that surpassed the mere sum of its parts. First, the word "limbic" on its own did not have any clear meaning, because it was normally used only in connection with the term "system". Second, by combining "limbic" with the symbol "®" and the word "sales", the applicant had created a structure that was not common or usual in English.

The Court additionally noted that the word "limbic" was a medical term used in neurobiology. Consequently, the relevant public, which did not include medical professionals, would not immediately perceive "Limbic® Sales" as a reference to goods and services with a connection to the limbic system. Even if the products were targeted at influencing consumer behaviour via the limbic system, such a finding would not suffice to consider "Limbic® Sales" descriptive. The relevant public would in any event require some time to reflect on the meaning of the mark and, in particular, about the element "limbic". This would preclude a finding of descriptiveness, said the Court.

"But what about the distinctive character of the mark?" attentive readers may ask. Given that the Board had failed to assess the mark's distinctiveness within the meaning of Article 7(1)(b) EUTMR, the Court found that it was barred from examining this aspect of the case. It will now be for the EUIPO to decide whether "Limbic® Sales" lacks distinctive character nonetheless, taking into account the reasoning of the Court.

As an enthusiast for behavioural economics, this blogger finds many factual aspects of the case interesting. From a legal point of view, however, a particularly striking observation is the way in which the Court emphasised the fact that the mark applied for contained the symbol "®". In this regard, it is worth noting that the applicant already owned an EUTM for the word sign "limbic", which may explain the presence of the "®" within the mark applied for.

Somewhat surprisingly, a few passages of the General Court's current decision arguably imply that the symbol "®" helped create the unusual structure of "Limbic® Sales". This blogger cannot help but wonder whether the Court would have been as quick to find the structure of the mark to be unusual and uncommon, if the applicant had decided to file the mark without the "®"-Symbol (see also Case T-513/15 regarding the sign "Limbic® Map" and Case T-516/15 regarding the sign "Limbic® Types").

Sharing on Social Media? Use the link below...
Perm-A-Link: https://www.marques.org/blogs/class46?XID=BHA4477