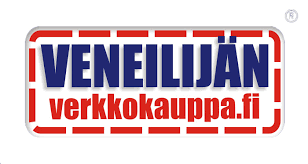 For non-Finnish speakers it is crucial to know that "verkkokauppa" is Finnish for "online store "or "web store". Interestingly, as Verkkokauppa.com's trade mark is for class headings, it also covers retail sales and web sales. The mark "Veneilijän verkkokauppa.com" on the other hand means "Boaters' online store".

Thus, the nut that the Court had to crack was:

(i) whether Verkkokauppa.com had a reputation as meant by the Article 6, Subsection 2 of the Finnish Trade Marks Act; and

(ii) should this be the case, if Waltic's marks were similar to the trade mark Verkkokauppa.com; and, finally,

(iii) if this is the case, if Waltic's use of its marks infringed Verkkokauppa.com's trade mark rights.

First, regarding reputation, Verkkokauppa.com stated that it was the second largest retail seller of home entertainment electronics in Finland and that its services were mainly targeted at internet users - even though it also had traditional stores. The Supreme Court found that the target group of the Verkkokauppa.com services was consumers living in Finland who used the internet for purchasing goods.

Additionally, the Court considered whether Waltic had any due cause to use the trade mark. Waltic was of the opinion that the word "verkkokauppa", which described the service, should not be exclusive and that there existed a compelling reason to use the trade mark together with the generic domain .com. The Court stated that there was no due cause for Waltec's use and that Waltec could have used the .fi domain ending that it also had.

Finally, the Court considered that Waltic infringed Verkkokauppa's trade mark rights and ordered the injunction as requested. Verkkokauppa.com presented no evidence of the usual licence or valid reasoning based on which the remuneration could have been calculated. The Court thus ordered a remuneration of 10.000 Euros for the use of Verkkokauppa.com. This was based on Waltec's internet sales during the years 2009-2010.

The Decision can be found here (in Finnish).

Sharing on Social Media? Use the link below...
Perm-A-Link: https://www.marques.org/blogs/class46?XID=BHA4374