In Case T-90/15, the General Court decided as to whether or not the word mark 'SCOPE' should remain on the register of the EUIPO for, among other things, financial services. The decision will be of particular interest to applicants of EU trade marks consisting of a customary but vague term. 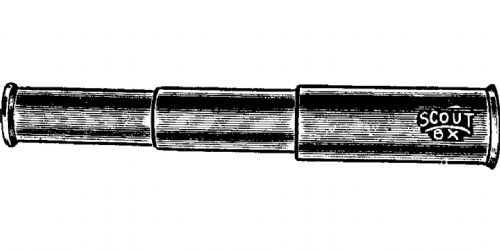 The facts of the case are straight-forward. A legal predecessor of the German company Schoeller Corporation GmbH successfully registered the mark 'SCOPE' in 2006 with the OHIM, as it was then known, in respect of several services in Class 36, such as 'insurance', 'monetary affairs' and 'financial consulting services'. In 2012, the Luxembourg-based company Sqope SA (…no, this is not a spelling error) filed an application for a declaration of invalidity against the mark, claiming that it had been registered contrary to Article 7 CTMR (now EUTMR).

The Cancellation Division (CD) refused the application. In its view, 'SCOPE' was neither descriptive of the services in question, nor did it lack distinctive character. Several word combinations commonly used in the financial sector that included the term 'scope' were found to be irrelevant. In particular, the CD held that:

"The word combination 'investment scope' put forward by the applicant could serve, at best, as an indirect indication that the term 'scope' is potentially descriptive. The additional expression 'investment' produces a more precise and specific term. It is only the word 'SCOPE' that is to be assessed in the present case, however. […] It is not the task of the Cancellation Division to assess a hypothetical case."

"Very convincing", some readers may think. Not quite, said the First Board of Appeal (BoA) and annulled the CD's decision. According to the BoA, the term 'scope' was a word frequently used in the fields of finance, investment and insurance to define the meaning, content and character of the services. It would be understood by the relevant public in the sense of 'scope of insurance', 'desirable target for investment' or 'desired financial objective'. The mark, therefore, was deemed to be purely descriptive. Moreover, the BoA found that the mark was devoid of distinctive character, because it did not contain elements which, beyond the allegedly obvious promotional message of the sign, could enable the relevant public to immediately perceive it as a distinctive mark for the services covered.

Luckily for Schoeller, the General Court disagreed. Although the word 'scope' was possibly allusive, none of the meanings found by the BoA was descriptive of any of the characteristics of the services in relation to which the mark had been registered. Rather, 'scope' was a vague, general and factual term. The mere fact that the word could be used, as many other nouns, in connection with financial services, did not prove that it was descriptive.

Going one step further, the General Court stated that the BoA was wrong to add further words to the term 'scope' for the purposes of its assessment, since these additional words did not form part of the registered sign. It was true that combining the mark 'scope' with the services at issue resulted in a description of these services (e.g., 'investment scope'). But the contested mark solely consisted of the sign 'scope' and this word, as such, was not descriptive within the meaning of Article 7(1)(c) EUTMR.

For the same reason, the mark did not lack distinctive character. The term 'scope' did not convey any laudatory meaning and it had not been proven that the word was commonly used for marketing purposes in the financial services sector.

The General Court's assessment will come as good news for trade mark practitioners that may have become frustrated with the level of creativity that decisions of the OHIM / EUIPO can, at times, show in establishing a link between an ordinary word and the goods or services applied for. The decision serves as a reminder that a mark should only be barred from registration under Article 7(1)(c) EUTMR if the sign, as such (read: without the addition of any verbal elements), enables the relevant public immediately to establish a specific and direct relationship between the goods or services in question and the sign applied for (see, to this effect, Case T-67/07 Fun, para. 40-45).

Sharing on Social Media? Use the link below...
Perm-A-Link: https://www.marques.org/blogs/class46?XID=BHA4342