In Case T-615/14,  FC Barcelona applied for the following CTM represent a crest for these goods and services 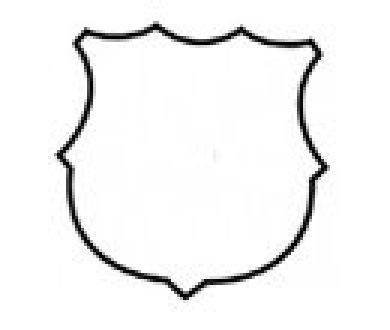 Class 16: 'Paper, cardboard and goods made from these materials and not included in other classes; printed matter; bookbinding; photographs; stationery; adhesives (glues) for stationery or household purposes; artists' materials; Brushes; typewriters and office requisites (except furniture); instructional and teaching material (except apparatus); plastic materials for packaging (not included in other classes); printed characters; clichés; and magazines ";

However OHIM, as upheld by the EU General Court, confirmed that the mark applied for did not contain any specific element that could attract immediate attention of consumers as indicating the commercial origin of the different products and services in Classes 16, 25 and 41. Indeed, the figurative mark consists of a shield/badge profile without any additional element, and the simple outline of a shield, by its very nature, is poorly suited to convey accurate information. Moreover, the mark applied for did not depart substantially from other basic shapes commonly used in various commercial sectors for purely ornamental purpose and could not play the role of a brand.

With respect to Article 7, paragraph 3 of Regulation 207/2009, the documents submitted by the applicant were clearly insufficient to demonstrate distinctive character acquired by the mark applied in the European Union. In that regard, the copies of documents consisting of web pages, documents concerning the applicant's participation in social networks, extracts from newspapers and extracts from the online encyclopedia "Wikipedia" contained mainly comments on the Football Club Barcelona, ​​on the activities of the foundation of the Catalan club in five municipalities and the economic importance of football in general and did not allow to draw conclusions about the perception of the mark applied for a significant proportion of consumers in the Union at the date of filing of the application. Thus the evidence was insufficient to prove that the mark had acquired distinctive character through use.

Sharing on Social Media? Use the link below...
Perm-A-Link: https://www.marques.org/blogs/class46?XID=BHA4245