Federación Nacional de Cafeteros de Colombia victorious as EU General Court annuls OHIM’s decisions to reject its opposition and cancellation actions against competitors’ marks for products that were NOT of the same type.

Last month, the General Court of the European Union ruled in favour of the Colombian Coffee Growers Federation in its legal battles against both a French and a Lebanese competitor, holding that the OHIM Board of Appeal erred in applying, in conjunction with Article 8(4) of the CTMR,  Article 14(1) instead of Article 13 of the PDO/PGI Regulation - the latter granting a much wider protection to prior PDOs/PGIs against later conflicting trademarks than Article 14(1).

The Colombian Coffee Growers Federation had filed both

on the basis of the prior CAFÉ DE COLOMBIA PGI, for the 100% mild washed Arabica with a full and pronounced aroma grown in the specific area of origin and complying with the PGI product specification.

Both the OHIM Opposition Division and the OHIM Cancellation Division rejected the actions. In appeal, the 5th Board dismissed the appeal in the opposition case and partially dismissed the appeal in the invalidity case, upholding the application for a declaration of invalidity only for part of the goods covered in class 30, namely for “tea, cocoa, sugar”, but dismissing the action as to the remainder.

The Colombian Coffee Growers Federation brought an appeal against both decisions before the General Court (under Case numbers T-387/13 and T-359/14, respectively).

The decisions relate to the application of Article 8(4) CTMR where it is invoked on the basis of a prior agro-food PDO/PGI in the sense of the PDO/PGI Regulation (former Foodstuffs Reg. No 510/06, now Reg. No 1151/2012).

In substance, the General Court agreed with the Federación Nacional de Cafeteros de Colombia that the OHIM erred in applying Article 14(1) of the PDO/PGI Regulation - read in conjunction with Article 8(4) of the CTMR -, instead of applying Article 13 of the Regulation.

The importance of this point lies in the fact that to obstruct a later trademark on the basis of a prior PDO/PGI, Article 14 requires that the trademark and the PGI relate to the same class of products, whereas Article 13 does not contain such a requirement.

While Article 14, in substance, reads as follows:

“with reference to the relationship between trademarks and PGIs, the registration of a trademark the use of which would contravene Article 13 and which relates to a product of the same type shall be refused if the application for registration of the mark comes later in time then the date of submission of the PGI registration application to the Commission. Trademarks registered in breach of this shall be invalidated.”,

“a PGI must be protected against amongst others, use exploiting the reputation of the PGI, evocation of the PGI and also “misuse” of a similar name or mark containing a “false or misleading indication as to the provenance, origin, nature or essential qualities of the product”.

OHIM, in all its contested decisions, indeed referred to Article 14, holding it a “lex specialis” as it specifically governs the relationship between trademarks and PGIs (while Article 13 deals with the general scope of protection of PGIs) and interpreted that Article 14 is the substantive provision applicable to an opposition based on a PGI, therefore dismissing the actions for all products and services not relating to the same class of products as those of the CAFE DE COLOMBIA PGI.

In its two judgements of 18 September 2015, the General Court ruled that the error committed by OHIM in so far as it applied Article 14 of the PDO/PGI Regulation, and not Article 13, was liable to have a decisive effect on the outcome of the opposition as well as on the application for a declaration of invalidity and annulled the OHIM decisions, sending both cases back to the Board of Appeal. It follows that Article 14 (and its additional request as compared to Article 13) is not to be applied in the context of opposition (or invalidity) proceedings based on Article 8(4) CTMR; instead, in such proceedings, OHIM has to examine whether the opposition or invalidity action can be upheld insofar as it is based on the various situations covered by Article 13. As a consequence (and the OHIM Guidelines have already been amended accordingly), we can conclude that Article 14 is an absolute ground for refusal, to be applied ex officio by OHIM (or the national offices). 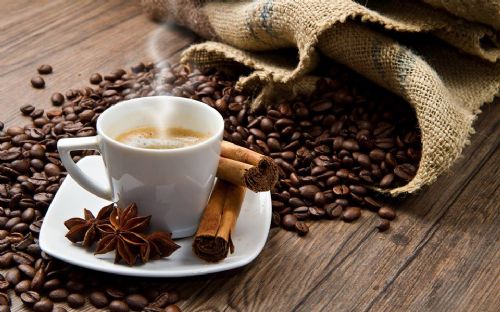 With other recent judgements of the General Court related to two of India’s most important GIs (DARJEELING and BASMATI) cancelling Board decisions in GI cases, the GI coffee (and tea) pots continue to boil and will probably carry on doing so for some time yet!

Curiously, the OHIM Guidelines were amended after the adoption of the contested OHIM decisions, but before the Court’s judgements came out. The last word on these cases may be spoken by the OHIM Board of Appeal and we will keep you posted.

Many thanks to Aitor Pomares from Berenguer & Pomares Abogados who represents the Federacion, for his insights into these fascinating cases.

Sharing on Social Media? Use the link below...
Perm-A-Link: https://www.marques.org/blogs/class46?XID=BHA4217