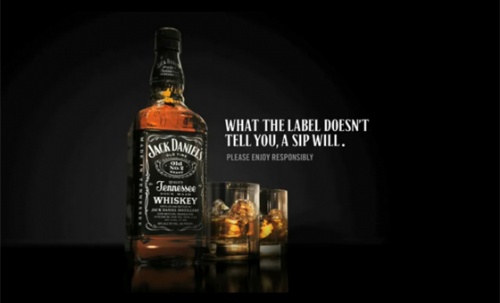 From a decision of 2 September 2015 of the District Court of The Hague (Bus J) in proceedings on the merits between Kamstra and Jack Daniel’s, it appears that the attorneys-at-law acting for the parties have been working hard behind the scenes to try to come to a settlement of the long lasting litigation between the parties about - to summarise -  alleged trade mark infringement by Kamstra of Jack Daniel’s trade marks (unlawful parallel import and transito trade).  The litigation was more or less adjourned by agreement between the parties waiting for the decision by the CJ EU in the Class International v Colgate-Palmolive case (C-405/03). In this case the CJ EU decided on 18 October 2005 that the mere entry into the EU under the external transit procedure or the customs warehousing procedure of original goods bearing a mark which have not already been put on the market in the EU previously by the trade mark proprietor, does not constitute a trade mark infringement. Following that the decision - the parties apparently were on the verge of pleadings - the attorney-at-law acting for Kamstra set up settlement correspondence in 2007. The succeeding correspondence included a settlement agreement (framework agreement) from Kamstra’s side, but this was not signed.  The case was not pleaded, but the parties requested the court to refer the pending litigation to the so-called ‘parkeerrol’ (list of postponed cases’), because ‘it appeared as if the parties most probably will settle this matter.’

‘This is due to a couple of reasons. One of them is that my clients needed to thoroughly comtemplate your clients’ proposal, given the substantial interests at stake and the considerable monetary claims they would waive if we settle. One of the other reasons is that my clients continued to receive intelligence indicating your clients might still be involved in unauthorised parallel trade whilst using the transit status as a cover up.’

This leads to some follow up attorneys-at-law correspondence, but apparently not to a signed, sealed and delivered settlement agreement. On the contrary, the infringement proceedings re-opened again on 23 October 2013, which triggered Kamstra to start proceedings against Jack Daniel’s primarily to comply with the obligation arising from the framework agreement to withdraw the pending infringement proceedings and to give each other full and final discharge, with compensation of procedural costs. Alternatively to comply with the obligation to continue the negotiations over the conditions of the settlement agreement until finalisation. Kamstra claimed that Jack Daniel’s be ordered to pay the procedural costs.

Generously citing from and analyzing the attorneys-at-law correspondence, the Court finds that  a settlement agreement has not been reached between the parties and that Jack Daniel’s is not under an obligation to continue the negotiations, since (the attorney-at-law of) Jack Daniel’s did not arouse any expectations with Kamstra that it would enter into a settlement agreement with Kamstra just like that.

Jack Daniel’s claimed full procedural cost compensation, arguing that this was a matter related to infringement of intellectual property litigation to which the full procedural cost regime applies. The District Court rejected the claim. Referring to the Bericap v Plastinnova decision of the CJ EU (5 November 2012, C-180/11), the Court finds that the full procedural costs regime only applies to proceedings concerning (imminent) infringement of intellectual property rights and inherent proceedings. Not all proceedings which might be useful to a defence in proceedings concerning enforcement of intellectual property rights fall within that scope. In this case the foundation for the claim is not an intellectual property right, but an agreement for, inter alia, full and final discharge and withdrawal of a proceedings, or alternatively, an unlawful act for not continuing the negotations about these issues. This also differs from cases where an infringement injuction included in an agreement is enforced. In such a case, a full procedural cost order is possible. The case also differs from the one decided by the CJ EU decision of 16 July 2015 (C–681/13, Diageo v Simiramida): entering into a settlement agreement is not an enforcement measure to which the Enforcement Directive applies, nor a necessary counter-action against such a measure.

Sharing on Social Media? Use the link below...
Perm-A-Link: https://www.marques.org/blogs/class46?XID=BHA4177