In case T-660/11, the General Court reviewed the following opposition

The Opposition Division (OD) rejected the opposition. Although the goods and services covered by the marks at issue were identical, and the evidence submitted by the opponent proved that the earlier mark had a reputation in relation to some of the goods covered,  the opposition could not be upheld under Article 8(5) of Regulation No 207/2009 as there was no similarity between the signs. Having rejected the opposition, the OD held that it was not necessary to examine proof of genuine use of the earlier mark.

The First Board of Appeal (BoA) of OHIM annulled the OD’s decision and rejected the trade mark application in respect of all the goods and services finding that the opponent had proved use of the earlier mark for some of the goods in Classes 1, 11 and 17, particularly that the non-stick material marketed under the Teflon mark had been used by numerous undertakings in the EU in the manufacture of a wide range of products and that mark had been prominently displayed in brochures and advertisements for those products.  Moreover the earlier mark enjoyed an exceptional, worldwide reputation, including in the EU in relation to a number of registered goods. Further the signs at issue are similar and consequently, there was a likelihood of confusion within the meaning of Article 8(1)(b) of CTMR, since some of the visual and phonetic differences between the signs at issue were counterbalanced by the identity or high degree of similarity between the goods in question. The Board of Appeal did not consider it necessary to examine the opposition in so far as it was based on Article 8(2)(c) and (5) of CTMR.

The General Court annulled the contested decision on the grounds below.

Regarding the first plea raised by the appellant (infringement of duty to state reasons), a decision which (i) concludes that an earlier mark has been put to genuine use within the meaning of Article 42(2) of CTMR and (ii) does not make clear to what extent the evidence produced supports that conclusion in relation to each of the goods or services or each of the categories of goods or services for which that use has been accepted is vitiated by inadequate reasoning.

In the present case, the BoA, in order to justify its decision, found that the polytetrafluoroethylene (PTFE) produced by the intervener was used, under licences, as a coating in a number of final products of third parties and  that PTFE was supplied in various forms, such as resin, granular compression moulding resin, white powder or fluoropolymer dispersion. However, those goods are not listed, as such, among the registered goods. Thus the contested decision is vitiated by an error of law.

As regards the second plea (wrong assessment of genuine use), OHIM claimed that the BoA had rightly assessed the evidence reaching the conclusion that it is not uncommon for a product to bear 2 trademarks, known as “co-branding” or “ingredient-branding” and that the brand “Teflon” which indicates a special type of coating has become a co-brand of the finished product.

The Court proceeded to examine in 2 parts whether proof of use of Teflon in respect of third parties’ final products incorporating the opponent’s component, simultaneously with other marks of those products, could constitute proof of genuine use of Teflon for the final products for which Teflon was registered: 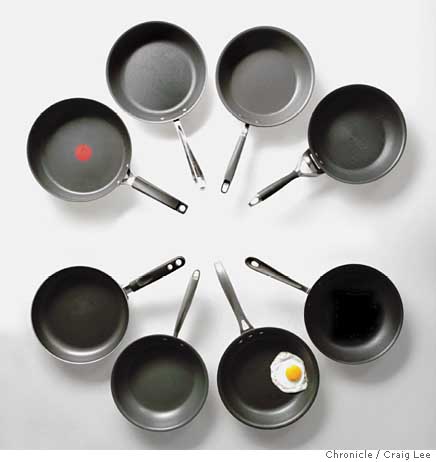 In the present case, the non-stick materials supplied by the opponent to its customers undergo a process of transformation, either by those customers or by the licensees, resulting in products for sale to the end consumer in order to be used as such. So both by their nature and by their intended purpose, the final products are essentially different from non-stick materials and do not belong to the same group as them.

2) the TEFLON mark used by third parties in respect of their final products does not perform the essential function of guaranteeing the origin of those goods.

The presence of the earlier mark, identifying a component of the product, in advertisements, brochures or even on the product itself, is a commercial strategy of the manufacturer of the final product indicating certain functional characteristics of that product due to the presence of a component identified by the TEFLON mark. Nevertheless, it does not perform the essential function of guaranteeing the origin of the final product, the only relevant factor for the assessment of genuine use of a mark within the meaning of Article 42(2) and (3) of Regulation No 207/2009.

The GC further differentiated the Ansul case law (C-40/01) : even if the situation of component parts is comparable to that of a component which forms an integral part of a final product which cannot, in principle, be replaced throughout the life of the product, in that case, the commercial origin of the component parts in question and that of the product for which those parts were to be used was the same. In the present case, third parties’ final products have a different commercial origin to that of the component identified by the TEFLON mark originating from the opponent

Thus the BoA also committed an error of law and the contested decision must be annulled..

Sharing on Social Media? Use the link below...
Perm-A-Link: https://www.marques.org/blogs/class46?XID=BHA4117