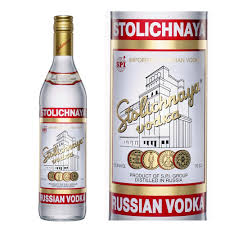 According to a Bloomberg media release last week, Russia has won back the rights to the Stolichnaya and Moskovskaya vodka brands after fighting businessman Yuri Shefler in Dutch courts for more than a decade. Both trade marks belong to Russia, according to the Rotterdam District Court. Shefler’s Dutch company Spirits International has now been ordered to hand over the trade mark rights to the country or pay a penalty of 100,000 euros and face an additional daily fine of 50,000 euros in the event of non-compliance

The ruling, which can be appealed, will force Shefler’s company to stop the sale of Stolichnaya and Moskovskaya vodka in the Netherlands, Belgium and Luxembourg.

Actions between Shefler's company and the Russian state are still pending in various other jurisdictions, including the U.S, Australia, Switzerland and no fewer than 12 European Union countries, said Joris van Manen (of MARQUES member Hoyng Monegier LLP, the law firm which represented Russia).

Sharing on Social Media? Use the link below...
Perm-A-Link: https://www.marques.org/blogs/class46?XID=BHA4047