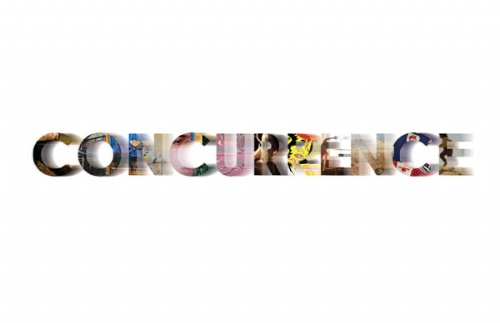 In an interlocutory decision of  July 30, 2014, the District Court The Hague (De Heij), a court of first instance, seems to be of another opinion and considers to refer questions of interpretation to the CJ EU and/or the Benelux Court of Justice.

The claimants in this case, FKP and FGUP, are the proprietors of, inter alia, the trade marks Stolichnaya, Moskovskaya and SPI for vodka, which are registered in various EU countries (not in the Benelux). On the basis of alleged trade mark infringement, FKP and FGUP issued proceedings before the District Court The Hague against Spirits International B.V. (seated in the court district Rotterdam) and Spirits Product International Intellectual Property B.V. (seated in the court district The Hague), SPI Spirits (Cyprus) Limited and Zao Sojuzplodimport (‘Spirits et al’). The latter two companies have their registered seat in Cyprus and Russia respectively. Spirits et al markets vodka using signs identical to the trade marks of FKP and FGUP.

In addition to these proceedings, FKP had also started proceedings against Spirits International B.V. before the District Court Rotterdam concerning alleged infringement of FKP’s trade mark registrations with validity in the Benelux.

According to FKP and FGUP, the District Court The Hague has jurisdiction on the basis of, inter alia, article 6(1) Brussels I, which determines that in case there is more than one defendant, a defendant may also be sued in the courts of the place where any one of the defendants is domiciled, provided the claims are so closely connected that it is expedient to hear and determine them together to avoid the risk of irreconcilable judgments resulting from separate proceedings. Hence, FKP and FGUP assert that because Spirits Product International Intellectual Property B.V. has its registered seat in the court district The Hague and the claims are closely connected in the meaning of article 6(1) Brussels I, the District Court The Hague has jurisdiction regarding all four defendants.

Spirit International B.V., on the other hand, claims that jurisdiction should be determined on the basis of article 22(4) Brussels I and 4.6(1) BCIP. Article 22(4) Brussels I regulates that in proceedings concerning the registration or validity of registered intellectual property rights, the courts of the Member State where the registration has been applied for has exclusive jurisdiction. Article 4.6(1) BCIP furthermore determines that the court of the place where the defendant is domiciled has national jurisdiction. In addition, it follows from article 4.6(5) BCIP that, upon request of one of the parties, in case of association between disputes, the associated disputes shall be referred to the first court to which an action was initially brought. As a result of the earlier proceedings FKP issued against Spirit International B.V. concerning trade mark registrations, in which the District Court Rotterdam has jurisdiction, the District Court Rotterdam should, according to Spirit International B.V., have exclusive jurisdiction in the current proceedings on the basis of article 22(4) and 4.6 BCIP.

Notwithstanding these determinations, the District Court wonders which provisions to apply in order to establish jurisdiction. According to the Court, in the light of the arguments put forward by the parties in this case, as well as the ruling of the Court of Appeal The Hague in the case between G-Star and H&M, a number of questions arise concerning the laws to be applied in order to determine jurisdictions.

The Court formulates five questions regarding the interpretation of Brussels I and BCIP, of which the first concerns the question whether Brussels I prevails over BCIP.

Sharing on Social Media? Use the link below...
Perm-A-Link: https://www.marques.org/blogs/class46?XID=BHA3813