In its interim decision of 28 April 2014, the Rome Court rejected the action for a declaration of non-infringement of the Protected Designations of Origin for wine MAREMMA TOSCANA and CAPALBIO, that had been filed by the owner of Italian trademarks VERMENTINO DI MAREMMA (fig.) and MORO DI CAPALBIO (word) against the Italian Ministry of Agriculture.

The claimant, an agricultural company Società Agricola Sant’Angelo al Chiarone di E. Mazzoni & C. s.s., filed a declaratory action for non-infringement against the Italian Ministry of Agriculture, to obtain an interim decision declaring that the use of the registered marks (Italian trademark Reg. No 1427643 VERMENTINO DI MAREMMA (figurative) and Italian trademark Reg. No 1394295 MORO DI CAPALBIO (word mark) are not in violation of the wines with a Protected Designation Of Origin (“PDO”) MAREMMA TOSCANA and CAPALBIO.

The geographical context of this case is as follows: the Maremma region comprises part of south-western Tuscany and part of northern Lazio, while Capalbio is the name of a municipality in the Tuscany region. Vermentino is a light-skinned variety of wine grape.

In its letter of 4 December 2013, the Ministry had informed the claimant that the use of the labels VERMENTINO DI MAREMMA and MORO DI CAPALBIO was not allowed and that the marks in question were null since they had been registered after the recognition of the protection of MAREMMA TOSCANA and CAPALBIO.

In its defence, the Ministry argued that the claimant was not entitled to act and  was violating the MAREMMA TOSCANA and CAPALBIO PDOs

With reference to MORO DI CAPALBIO, the mark was filed on 21 December 2009 while the PDO CABALBIO was recognized on 21 May 1999. As a consequence, the Court held that this mark should never have been registered pursuant to Article 118 quaterdecies (2) Regulation No 1234/2007 establishing a common organisation of agricultural markets as well as pursuant to Article 20 (4) Italian Legislative Decree No 61/2010 on the protection for wines with a PDO. 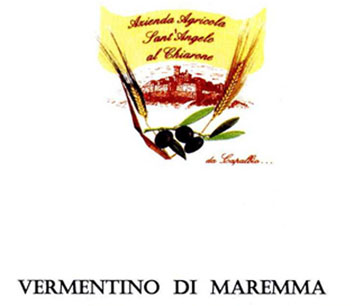 With reference to VERMENTINO DI MAREMMA, this figurative mark was filed on 28 May 2008 while MAREMMA TOSCANA was recognized protection in Italy as a “Denominazione di Origine Controllata” (now PDO) through the Ministerial Decree of 30 September 2011; furthermore, the geographical indication MAREMMA TOSCANA was previously protected as a traditional geographical indication (“indicazione geografica tipica” or ”IGT”) through a Ministerial Decree of 10 October 1995.

According to the Court, which has effected quite a peculiar and simplistic interpretation of the norms that regulate conflicts between trademarks and PDO/PGIs, in substance there cannot exist a real conflict between marks, on the one hand, and PDO/PGIs, on the other hand, since the function of PDO/PGIs is merely to describe certain characteristics and the provenance of goods, while the function of trademarks is purely distinguishing: in the view of the Court, if a trademark were allowed to reproduce a PDO/PGI not corresponding to the true place of origin, there would not be any reason for the existence of PDO/PGIs (and the mark would necessarily be deceptive) while, on the contrary, if a trademark could be identical to a PDO/PGI corresponding to the true place of origin, the mark could no longer fulfil its distinctive function.

However, we know that in realty the solution to conflicts between older trademarks and more recent PDO/PGIs is not always that simple, and that descriptive marks can have acquired a secondary meaning over time.

As a consequence, the Court held VERMENTINO DI MAREMMA descriptive and evocative of the MAREMMA TOSCANA PDO (the product specification of which it does not comply with) so that it could not  legitimately be used by the trademark holder (claimant).

Sharing on Social Media? Use the link below...
Perm-A-Link: https://www.marques.org/blogs/class46?XID=BHA3770