In Case T-304/12, the General Court had to review the following German opposition:

The Opposition division rejected the opposition. The First Board of Appeal cancelled the OD decision. It found the relevant public is the average German consumer who will not be particularly attentive.

Secondly, the signs are very similar from a visual and aural point of view: the font used is almost the same and the slight difference is barely visible; the earlier mark represents a seal and the contested CTM seems a “sort” of seal, the word “of Germany” in the contested CTM is written in a very small font so that ABSACKER is clearly the dominant element; both signs use black & white colours- the fact that the background and words are inversed, is slightly noticeable due to the chrome palette used. 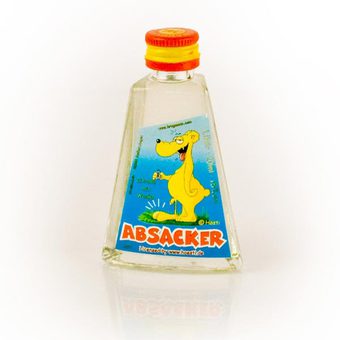 From a conceptual point of view, the word “Absacker” is descriptive for alcoholic drinks for the German consumer and thus has a low distinctive character, in particular it is generally associated to the last alcoholic drink/glass before going [home] to sleep (or "One for the road")- like risk of confusion cases -a very relative term.

Finally, the rejection of the opposition by the Deutschen Patent- und Markenamts (German Patent and Trademark office) in a case opposing ABSACKER v. ABSACKERTUM is not relevant to these facts. Therefore, there is a risk of confusion according to Article 8 (1) b) CTMR.

Sharing on Social Media? Use the link below...
Perm-A-Link: https://www.marques.org/blogs/class46?XID=BHA3560