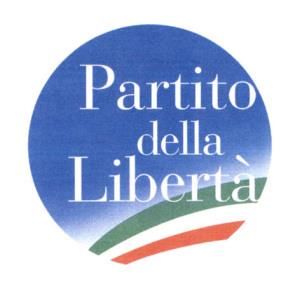 M. Raffaello Morelli, and l’Associazione politica federazione dei liberali (Rome, Italy), brought an opposition on the basis of Article 8 (4) CTMR on the basis of earlier domain name “partitodellaliberta.it” which was granted by the Italian registry on 9 August 2004. The Opponent claimed it used the sign in classes 16, 35, 38, 41 and 45. Mrs. Michela Vittoria Brambilla, intervening party in Case T-322/11, applied for registration of the following figurative mark for goods and services in Classes 16, 35, 38, 41 and 45. The same opponents, brought an opposition on the same grounds.

The Opposition Division and Board of Appeal rejected the oppositions finding that the mere registry of a domain name in Italy was not sufficient to demonstrate use in trade within the meaning of Article 8(4) CTMR. Further,  even with the evidence submitted by the Opponent, which consisted of extracts of the Internet page and press articles, the OHIM considered that the direct redirecting of the website “partitodellaliberta.it” to the URL www.liberali.it demonstrates that the latter was the only one actually used with content, whereas the former was factitious.

The General Court upheld the findings of OHIM and rejected the appeal.

Sharing on Social Media? Use the link below...
Perm-A-Link: https://www.marques.org/blogs/class46?XID=BHA3318

Reader Comments: 1
Post a Comment
Submitted By: Jeremy Phillips
16 August 2013 @ 16.52
I suppose the fact that the mark applied for was a figurative mark, with plenty of other material in it, meant that there was no absolute ground objection on the basis that ''liberta'' is a word in which political parties have all claimed expertise even long before the internet, or trade marks, were invented!