In Case T- 338/11, Getty Images (US), Inc had sought registration of the sign PHOTOS.COM in Classes 9, 42 and 45 which was refused by OHIM and confirmed by the General Court.

Firstly, the sign at issue is intelligible both in English and in French, so the assessment of the distinctive character of that sign must be focused on the English- and French-speaking parts of the European Union. In addition, the sign can also be understood in other languages of the EU so the Board of Appeal (BoA) correctly found that the vast majority of the inhabitants of the EU would understand its meaning. Furthermore, in the light of the goods and services covered by the CTM application, the relevant public is made up of both professionals and the public at large.

Secondly, the word sign PHOTOS.COM is descriptive in so far as it reproduces the characteristic structure of a domain name, of which the element ‘photos’ – which constitutes a second level domain – immediately informs the consumer that the goods and services covered by the trade mark application are related to photography or have it as their subject matter, and the element ‘.com’ – which is a top level domain (TLD) – would be understood by a substantial part of the relevant public as indicating an internet address.

The BoA also correctly pointed out that the addition of the element ‘.com’ to a descriptive sign cannot make it eligible for registration as a CTM because there is no additional element to support the conclusion that the combination created by the commonplace and customary components ‘photos’ and ‘.com’ is unusual or fanciful (see precedent from the Court suchen.de) 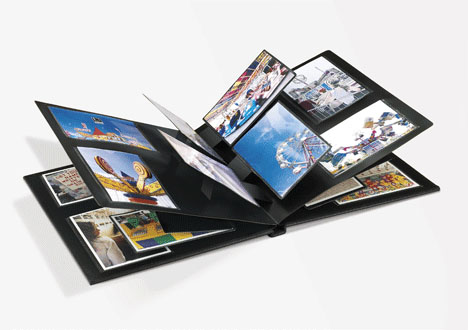 The BoA further found that, in the absence of any additional distinctive elements, the sign lacks distinctive character, because it merely indicates that the goods and services covered, or further information concerning those goods and services, can be obtained on-line from the website www.photos.com, but does not enable the commercial origin of the goods and services to be identified. In addition, the fact that the applicant is the holder of a domain name which corresponds to the trade mark application at issue does not confer on it any right to claim protection under the EU legislation on the CTM.

Lastly, the applicant had failed to establish that the sign applied for had acquired distinctive character through the use which has been made of it, for the goods and services covered and in relation to the English-speaking part of the EU at the date of filing (15 September 2009). In that regard, the Board of Appeal noted that the evidence produced by the applicant in order to establish that the mark applied for had acquired distinctive character through use, for the purposes of Article 7(3) of CTMR, related almost exclusively to the use of the domain name ‘photos.com’ and did not demonstrate that the relevant public perceives the sign at issue as a trade mark.

For example, while it emerges from the results of search engine research that the word mark PHOTOS.COM was recommended on discussion fora, blogs or specialist sites by subscribers in Denmark, Finland, Sweden and the United Kingdom as offering a significant number of quality photographs, it is none the less impossible to establish a link between the sign at issue and all the goods and services covered by the application for registration.

Sharing on Social Media? Use the link below...
Perm-A-Link: https://www.marques.org/blogs/class46?XID=BHA3030