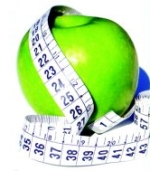 The Polish entrepreneur IT5.PL Anna Sasin applied to the Polish Patent Office for the right of protection for the word trade mark PsychoDietetyka Z-325335 for services in classes 35, 38, 39, 41, 42, 43 and 44. The PPO refused and decided that the combination of two words (English: Psycho and Dietetics) lacks distinctiveness and is descriptive for the applied services. The PPO ruled that the etymology of these two words is well known and easy to verify in publicly available dictionaries, or search engines. Psychodietetyka is the name of a program dealing with the causes of eating disorders and diseases associated with poor nutrition (including diabetes, obesity, anorexia, bulimia), that also indicates psychological factors in eating disorders, such as lack of motivation to fight obesity and overweight, emotional sphere, impaired perception of self, relationships with family, problems with identity formation. The PPO noted that if someone type the phrase psychodietetyka, many search results of that word appear in the web browser. IT5.PL filed a complaint against this decision.

The Voivodeship Administrative Court in Warsaw in its judgment of 15 February 2012 case file VI SA/Wa 1806/11 dismissed it and noted that the combination of words lies in their simple fusion into one word, without giving them any unusual form of graphic or semantic, so that they could be deemed as distinctive for the marked goods. It did not matter that the applied sign was not present in a dictionary, because it is not a measure of distinctiveness of signs. The Court noted also that the Polish and European case-law presents both liberal and rigorous views on examination of descriptiveness of trade marks. However, the principle of individual assessment of each sign is consistent in the legal doctrine and jurisprudence. This judgment is final. Posted by: Tomasz Rychlicki @ 11.17
Tags: descriptive character, trade mark refusal, distinctive character, Voivodeship Administrative Court,

Sharing on Social Media? Use the link below...
Perm-A-Link: https://www.marques.org/blogs/class46?XID=BHA2925