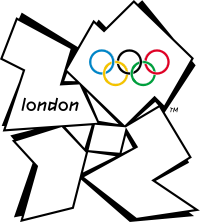 On 6 September 2007, the Polish Patent Office granted the right of protection for the word trade mark PRESTIGE OLIMPIC R-197858 for goods in Class 19 such as non-metallic construction materials, timber liners, bonded and not bonded floorboards, flooring lumber, sawn wood, planed and machined wood, construction wood, laminate flooring. This sign was applied for by the Polish company Barlinek S.A. The International Olympic Committee filed a notice of opposition to the decision of the Patent Office. The IOC noted that the name INTERNATIONAL OLYMPIC COMMITTEE is used since 1894, and the questioned trade mark causes the violation of its property rights and personal interests, in particular the right to the company name. In addition, the IOC claimed that the sign PRESTIGE OLIMPIC is similar to the CTM THE OLYMPICS no. 002827632, registered with the earlier priority, which may cause a risk of consumers confusion. Barlinek S.A. did not agree with such arguments and argued that both trade marks are completely different. The Company pointed out that the goods in Class 19 that are marked with the sign THE OLYMPICS have not been introduced on the Polish market. 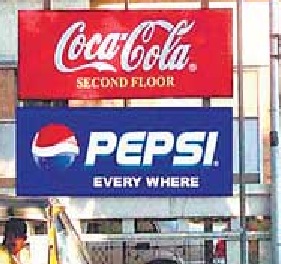 The Polish Patent Office in its decision of 6 December 2010 no. Sp. 345/09 dismissed the request. According to the PPO, the words "Olympic" and "Olympics" are similar, but without prejudice to the similarity of signs. The PPO ruled that in this case, the recipients of goods are specialists in the construction industry, who are buying all the supplies at special stores and warehouses or directly from the manufacturers. Therefore, they are deemed as people paying bigger attention, as professionals, to the goods that they purchase. Such professional customers are well-versed in quality, product names and parameters as they are interested and will pay a special attention to who is the manufacturer of the goods.The IOC filed a complaint against this decision.

The Voivodeship Administrative Court in Warsaw in its judgment of 27 February 2012 case file VI SA/Wa 2458/11 dismissed it. The Court held that the PPO ruled correctly that multiple signs and trade marks are used as the determination of the Olympic Games. However, no evidence was submitted that the sign THE OLYMPICS is being used in relation to the Olympics. The owner of the CTM did not show the connection between the CTM and any other goods. The sign THE OLYMPICS cannot be deemed as reputed trade mark only because its translation to Polish means Olympic games or Olympics. It is necessary to demonstrate the link between the mark and the goods and/or services. Therefore, the Court decided that the reputation has not been proven. Both signs are written in standard fonts, without any particular distinguishing features, so the same way they are written does not cause that any of the elements of these characters is predominant. The PPO correctly concluded that, despite the similarity of words in the second position in both characters, it cannot be said that the trade marks are confusingly similar. The judgment is not final. The IOC filed a cassation complaint. Posted by: Tomasz Rychlicki @ 09.49
Tags: Art. 6bis Paris Convention, famous trade marks, company name, Paris Convention, reputed trade marks, International Olympic Committee, Olympics, LOCOG,

Sharing on Social Media? Use the link below...
Perm-A-Link: https://www.marques.org/blogs/class46?XID=BHA2919