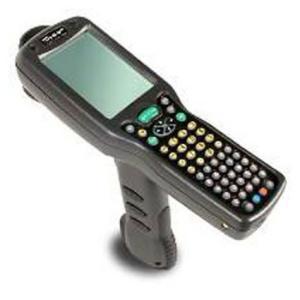 In Case T-361/11, the General Court had to review the likelihood of confusion between applied for mark DOLPHIN for goods in Class 9 ‘telecommunications systems and installations; interactive terminals for displaying and ordering goods and services; electrical and electronic accessories’ and earlier identical CTM mark DOLPHIN registered for ‘barcode and image scanners and related software for use therewith’.

The Board of Appeal had defined a barcode scanner as ‘an optical scanning device designed to read information printed in the form of bars and to transmit that information to a computer or network, which is often used in warehousing and inventory tracking’ – as confirmed by the General Court.

The comparison between barcode and image scanners and related software for use therewith and interactive terminals for displaying and ordering goods and services. The latter was defined as ‘as a terminal that allows interaction between the user and the computer through typed commands, voice commands, mouse clicks or other means of interfacing, which allow the user to access a product and service database and possibly to conclude a purchase’ but the fact that certain interactive terminals for displaying and ordering goods and services may have an integrated barcode scanner, thereby simplifying data entry tasks, does not lead to the conclusion that the goods concerned are of the same nature and does not remove the essential differences between them in terms of their method of use and intended purpose.

The comparison with electrical and electronic accessories

Contrary to what is maintained by the Board of Appeal and OHIM, barcode scanners are not stand alone devices but rather accessories to main devices, in the absence of which the latter would serve no purpose. It is sufficient to recall in that regard the well-known fact that barcode readers are found in shops or libraries as accessories peripheral to the main equipment, namely tills or computers. Consequently, since the definition of barcode scanners is wholly consistent with the definition of electrical and electronic accessories, those two products must be regarded as similar.

Therefore, the General Court annulled the contested decision and held that the Board of Appeal made an error in concluding that there was no likelihood of confusion so far as such accessories are concerned. There is in fact a real risk that the public might believe that the goods at issue come from the same undertaking or from economically linked undertakings.

Sharing on Social Media? Use the link below...
Perm-A-Link: https://www.marques.org/blogs/class46?XID=BHA2910