According to the applicant, the word ‘fruit’ occupies a dominant position in the sign FRUIT OF THE LOOM and, moreover, in the case of the applicant’s figurative marks, its meaning and prominence are reinforced by the figurative elements depicting fruit. 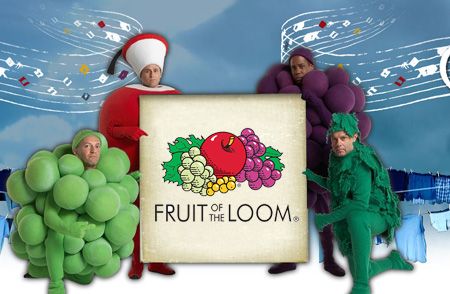 In addition, consumers in non-English-speaking Member States will identify and recognise the word ‘fruit’ in the applicant’s trade marks, but will no doubt be unable to recognise the other words in those marks, particularly the word ‘loom’. For those consumers, the figurative element facilitates their understanding of those marks. Therefore, for those consumers, the distinctive character of the expression ‘fruit of the loom’ is the same as that of the trade mark FRUIT

The General court dismissed the appeal and agreed with the Board of Appeal that none of the applicant’s figurative marks incorporates the element ‘fruit’ alone, and that the indivisible expression ‘fruit of the loom’ is included in each case. In addition, it takes the view that the expression ‘fruit of the loom’, ‘either taken as a word mark or, a fortiori, as an element of the above figurative marks, gains its distinctive character from the combination of those four words, creating a unique expression’. Lastly, for non-English-speaking consumers, it must be acknowledged that not only that the term ‘fruit’ has a linguistic equivalence in a certain number of European Union languages, such as French (fruit), Italian (frutta), Spanish (frutas) or Swedish (frukt), but that if there were any uncertainty in that regard, the figurative element depicting fruit would remove any such doubt. By contrast, the term ‘loom’ has no such linguistic equivalence.

Accordingly, the terms ‘fruit’ and ‘loom’ are of equal importance in the overall impression created by the sign. Therefore, none of the figurative marks owned by the applicant or the word mark FRUIT OF THE LOOM constitute use of the mark FRUIT as registered or in a variation acceptable under Article 15(1)(a) of CTMR and that none of the evidence submitted by the applicant to prove genuine use of the mark FRUIT was capable of establishing such use.

Sharing on Social Media? Use the link below...
Perm-A-Link: https://www.marques.org/blogs/class46?XID=BHA2878