On May 2008, the Polish Patent Office granted the right of protection for the word trade mark COOL RIVER R-205208 in Class 3. This sign was applied for by the Polish company Firma Handlowa A & S PARFUME FACTORY Marek Asenkowicz from Katowice. 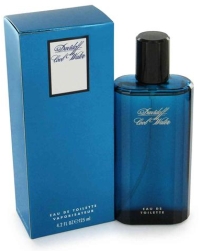 ZINO DAVIDOFF SA filed a notice of opposition to the decision of the Patent Office on the grant of a right of protection. DAVIDOFF argued that COOL RIVER is similar to its trade marks such as DAVIDOFF COOL WATER R-71968, COOL DIVE IR-0850699, Cool Water IR-0615313. All these signs are intended to indicate the same goods as the questioned trade mark. DAVIDOFF also claimed that its trade mark COOL WATER IR-0812386 is reputed one. Moreover, the trade mark COOL RIVER has been applied for in bad faith, because A & S PARFUME FACTORY knew about the existence of earlier marks owned by DAVIDOFF. The sale by A & S of perfumes in almost identical packagings, as packagings used by DAVIDOFF was the irrefutable evidence of the use of reputation of DAVIDOFF's trade marks and the application of COOL RIVER in bad faith.

The Adjudicative Board of the Polish Patent Office dismissed the request in its decision of 7 March 2011 case Sp. 483/09. While considering the visual and aural similarity of trade marks Cool Water, Davidoff Cool Water and Davidoff Cool Water Wave in relation to the questioned trade mark COOL RIVER, the PPO noted that all the words used in these trade mark have the origin of the English language. However, regardless of whether they will be pronounced in accordance with the spellings of the Polish language or in English, they are different in the visual and aural aspects due to the different verbal elements - WATER and RIVER. Furthermore, the PPO ruled that the word COOL, being the same element in all signs, is a common and popular word associated with something cold. The word WATER differs from RIVER in the visual aspect, and their pronunciation is different. The PPO also found that there were no circumstances indicating that A & S applied for its trade mark in bad faith. The burden of proving bad faith was on DAVIDOFF. At the same time, the overall assessment of the circumstances surrounding the consciousness of A & S at the date of trade mark application will decide on its bad faith. In the opinion of the PPO, such circumstances did not occur. Evidence such as the flyer entitled "list of alternative scents", similar perfume packagings used by A & S as well as printouts from the website showing COOL WATER COOL RIVER perfumes, were not sufficent to prove bad faith. Davidoff filed a complaint against this decision.

The Voivodeship Administrative Court in its judgment of 17 January 2012 case file VI SA/Wa 2051/11 dismissed it. The Court agreed with the PPO that the trade marks are not similar. The VAC also held that the understanding of bad faith should be based on the provisions of the Polish Industrial Property Law. Bad faith occurs if someone applies for the trade mark in order to block other application or in order to block the use of the sign by other entity who uses this trade mark in the market or to take over the company's market position. Bad faith also exists when someone is filing for a trade mark for speculative purposes, and there was no intent to use the applied sign, and in order to get benefits from the entity that owns such trade mark. Bad faith trade mark application happens when the applicant without due care or being aware, applies for a sign in violation of the rights of another person, or when the applied trade mark is contrary to morality or fair trade practices. Posted by: Tomasz Rychlicki @ 08.06
Tags: bad faith, likelihood of confusion, Polish Act on Industrial Property Law, Polish courts, Polish law, Polish Patent Office, similarity of goods, similarity of signs, trade mark opposition, trademark law, Voivodeship Administrative Court,

Sharing on Social Media? Use the link below...
Perm-A-Link: https://www.marques.org/blogs/class46?XID=BHA2763