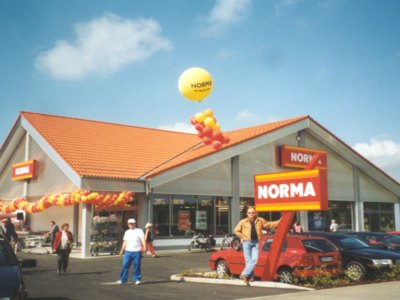 The German retailer Norma Lebensmittelbetrieb GmbH & Co KG tried to register the mark NORMA for (almost) all goods and some services in Switzerland. The Swiss IPO refused the registration, noting that NORMA would be understood as "norm" by the relevant consumers (general public), and since there were norms for almost all goods (true indeed), the sign was descriptive for all goods. Yes, ALL goods.

The Federal Administrative Court confirmed. The applicant argued in vain that NORMA was a female first name (we all know Norma Jeane Baker). For the Court, the meaning of "norm" was dominant, in particular because in Italian, NORMA means "norm". That the Italian NORMA is a noun and not an adjective did not bar a finding of descriptiveness.

The decision of 20 February 2012 once again confirms the strict Swiss practice re descriptiveness (the decision could be appealed to the Supreme Court and is not yet final).

Sharing on Social Media? Use the link below...
Perm-A-Link: https://www.marques.org/blogs/class46?XID=BHA2746