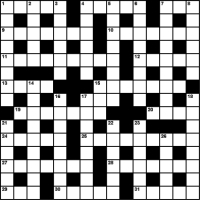 Mr Roman Oraczewski Oficyna Wydawnicza PRESS-MEDIA requested the Polish Patent Office to invalidate the right of protection for the trade mark "Sto Panoramicznych" (in English: hundred panoramic) R-102530 owned by TECHNOPOL Agencja Wydawnicza Spółka z o. o. and registered for goods in Class 16 such as magazines. The PPO invalidated this trade mark and ruled that this designation is descriptive and informative, because it is carrying explicit message on the number and type of crosswords included in each copy of the magazine. TECHNOPOL filed a complaint against this decision, but it was dismissed by the Voivodeship Administrative Court in its judgment of 16 February 2010 case file VI SA/Wa 1862/09. TECHNOPOL decided to file a cassation complaint. The Comapny argued inter alia that its trade mark has acquired secondary meaning because TECHNOPOL also used similar signs, for instance "100 panoramicznych" R-102531, which is a modification of the trade mark "Sto Panoramicznych". The Supreme Administrative Court in its judgment of 25 May 2011 case file II GSK 615/10 dismissed the complaint and ruled that the use of a sign in order to prove its secondary meaning, can not be documented by the use of other similar designation that is also a separate, registered trade mark. Posted by: Tomasz Rychlicki @ 01.05
Tags: legal interest, Polish Act on Industrial Property Law, Polish Act on Trade marks, Polish Supreme Administrative Court, secondary meaning, trade mark invalidation, trade mark use,

Sharing on Social Media? Use the link below...
Perm-A-Link: https://www.marques.org/blogs/class46?XID=BHA2524