Mariusz Lech Przedsiebiorstwo Produkcyjno-Handlowo-Uslugowe LECH-POL from Lask requested the Polish Patent Office to invalidate the right of protection for the word trade mark "lech wódka" R-145285 registered for Fabryka Wódek POLMOS ŁAŃCUT S.A. for goods in class 33 such as alcoholic beverages: vodka. Mariusz Lech argued that the questioned trade mark is confusingly similar to his word-figurative trade mark LECH-POL R-132854 and the word trade mark "mariusz lech" R-113305, both registered for good in class 33 such as alcoholic beverages.

The PPO dismissed the request and noted that Mr Lech's trade mark were not genuinely used for all goods. In 2007 the PPO decided on the lapse of the protection rights for both trade marks in all goods except wines. Therefore, the compared goods are different due to existing specialization in the alcohol industry and the awareness of that specialization among potential customers is also important, because the average buyer is aware that the vodka manufacturer does not produce wine, and vice versa. These trade marks may exist on the market without collision. Mariusz Lech filed a complaint against this decision but it was dismissed by the Voivodeship Administrative Court in its judgment of 16 October 2009 case file VI SA/Wa 1050/09. LECH-POL decided to file a cassation complaint. 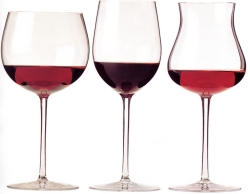 The Supreme Administrative Court in its judgment of 10 February 2011 case file II GSK 259/10 dismissed it. The SAC ruled that the conditions of production of wines and vodka are different. The packagings and sealing of such goods differs and there are different conditions of sale of such products. Vodka in not sold in the wineries, and in case when both types of goods are in a shop, (usually displayed on different shelves in malls), their location is clearly separable. The development of shopping centers and various self-service shops of retail chains, makes the criterion of sales conditions less important when it is used for assessing the similarity of the goods. The Court noted that vodka and wine, because of varying alcohol content, must be treated as different types of alcoholic beverages, which is also reflected in the provisions the Polish Act on Upbringing in Sobriety and Counteracting Alcoholism of 26 October 1982 and the permits that are granted under this Act for trade and service of alcoholic beverages are issued separately for each kind of beverage from a separate pool of permissions. The Court also ruled that the incidental possibility that the producer of wines and spirits is the same entity does not lead to the conclusion that these beverages are of one type. Posted by: Tomasz Rychlicki @ 18.59
Tags: Polish Supreme Administrative Court, similarity of goods, similarity of signs, trade mark invalidation, trade mark lapse, trade mark use,

Sharing on Social Media? Use the link below...
Perm-A-Link: https://www.marques.org/blogs/class46?XID=BHA2322